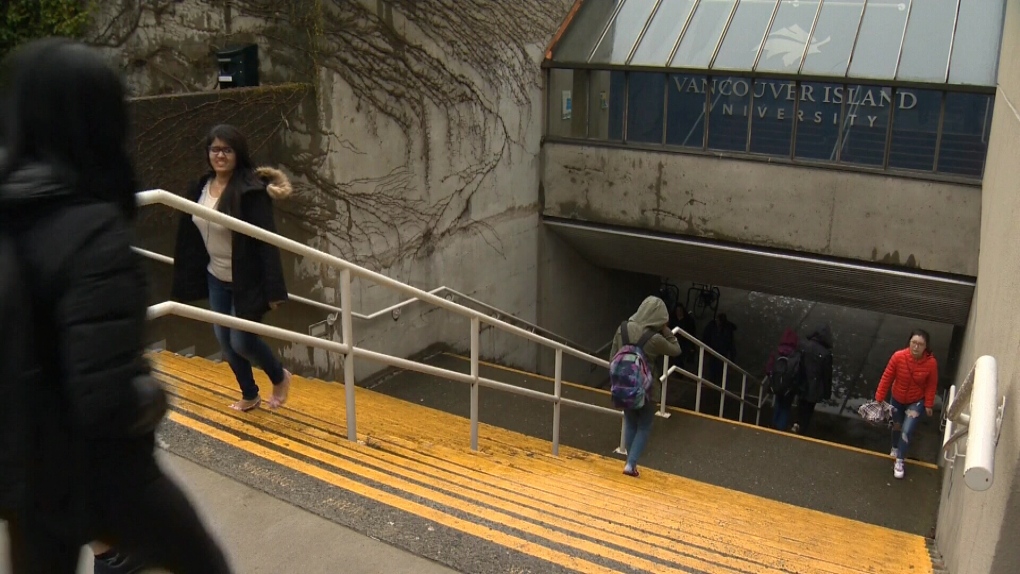 Mounties in Nanaimo are investigating after half a dozen racist posters were scattered around Vancouver Island University.

Students were notified about the fliers on Monday, one day before the university was set to celebrate the International Day for the Elimination of Racial Discrimination.

In total six posters with Nazi imagery were discovered around campus and quickly removed.

Police and staff at the university have remained tight-lipped on the details.

“If anybody were to see them they would find them to be extremely disturbing and certainly racist,” Carrie Chassels, with VIU Student Affairs said.

Those people who have seen the posters believe it was an act of hate.

“They have seen a swastika symbol on it, which is pretty clear information and statement,” VIU SU chair Phoebe Patigdas said.

RCMP are in possession of the fliers, which they don’t want the public to see.

At this point Mounties will only confirm the Nanaimo Youth Section and the general investigation teams are looking into the incident. Police have also consulted with the BC Hate Crime Unit.

Staff say they are taking the racist act seriously, but don’t believe there is any risk to student safety.

“One hundred per cent VIU is a value-spaced institution, it does not tolerate in any way racist expressions, intolerance, discrimination, hatred,” Chassels said.