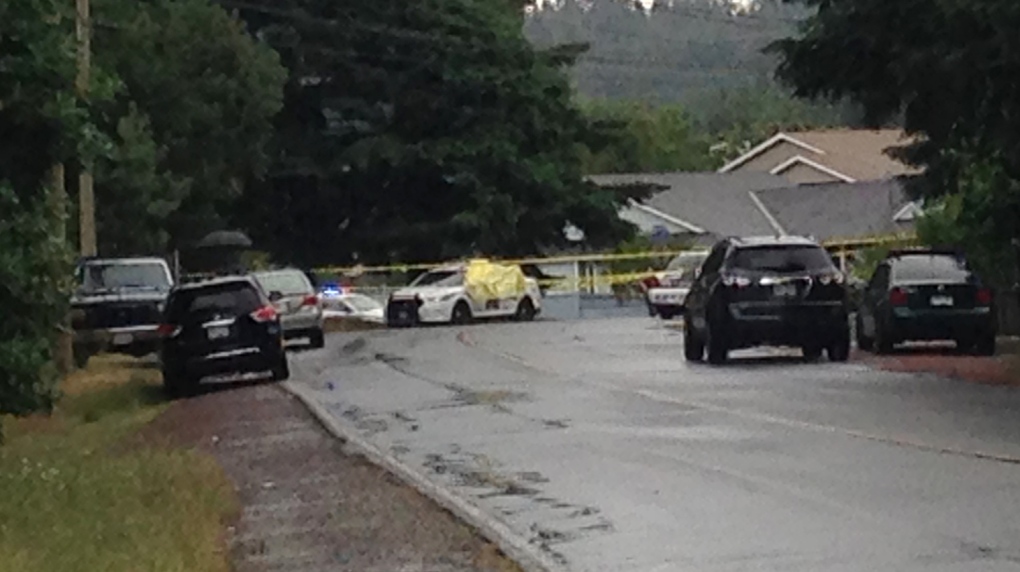 A tarp can be seen covering a police cruiser window following a reported shooting at a Nanaimo church Tues., June 14, 2016. (CTV Vancouver Island)

The Independent Investigations Office is asking key witnesses in a Nanaimo shooting that happened back in June to come forward.

Mounties responded to a call about a man brandishing a knife on June 14 in the area of Norwell Drive and Highway 19A.

When police found him on nearby Country Club Drive, officers fired at the man following what police only described as “an encounter with the male.”

The man was taken to hospital, but later died from his injuries.

No one else was injured in the incident.

The BC Coroners Service confirmed the man was 49-year-old Craig Andrew Ford from Nanaimo.

According to the IIO, a blue quad cab/crew cab pickup truck turned right on to Wassel Way and stopped at the Country Club Drive intersection before turning left.

The person/people in the vehicle may have seen what happened, the IIO says.