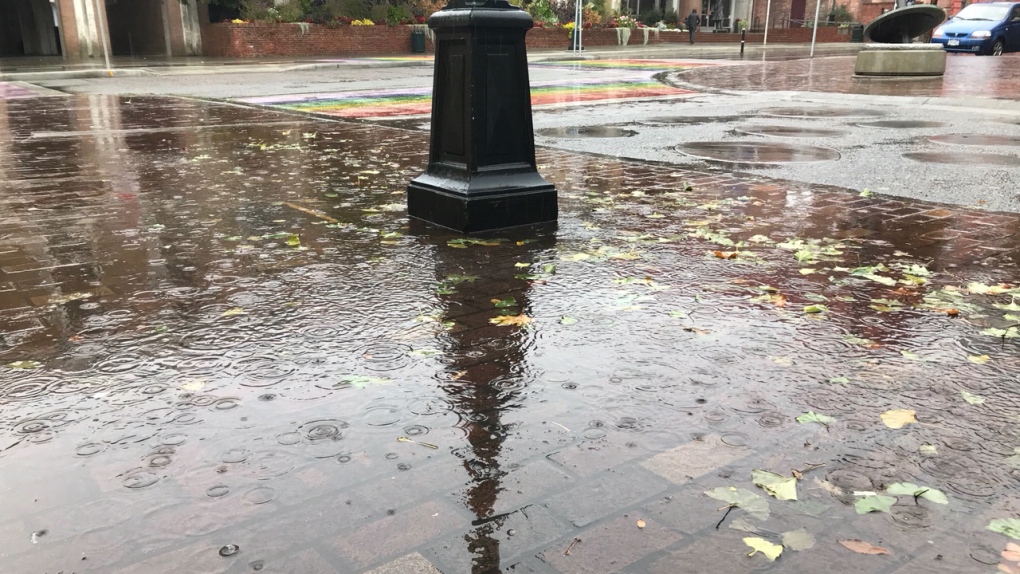 VANCOUVER - Environment Canada says British Columbia's south coast will be drenched by two Pacific storms over the next few days.

The first is forecast to bring periods of intense rain through Thursday and Friday with rainfall totals of up to 50 millimetres.

A second storm, predicted to be on the heels of the first, is also expected to drop about 50 millimetres of rain.

Meteorologists say each storm will pack strong southeast winds reaching between 40 and 60 km/h.

A special weather statement has been issued, covering Metro Vancouver, Howe Sound, the Sunshine Coast and all of Vancouver Island except Victoria and the southern Gulf Islands.

Environment Canada warns that parched conditions over the summer mean drought-stressed trees could be more susceptible to wind damage, even at the predicted moderate speeds.

RAINFALL WARNING issued for west #VancouverIsland. Up to 100mm rain is expected near #Zeballos and #Tahsis today through Friday night. 40-70mm of rain is expected towards southern communities including #Tofino and #PortRenfrew. #flooding possible @CTVNewsVi @cfax1070 #yyj pic.twitter.com/C8ayIFPxLX