Have you seen this man? Mounties seek sex assault suspect in Duncan 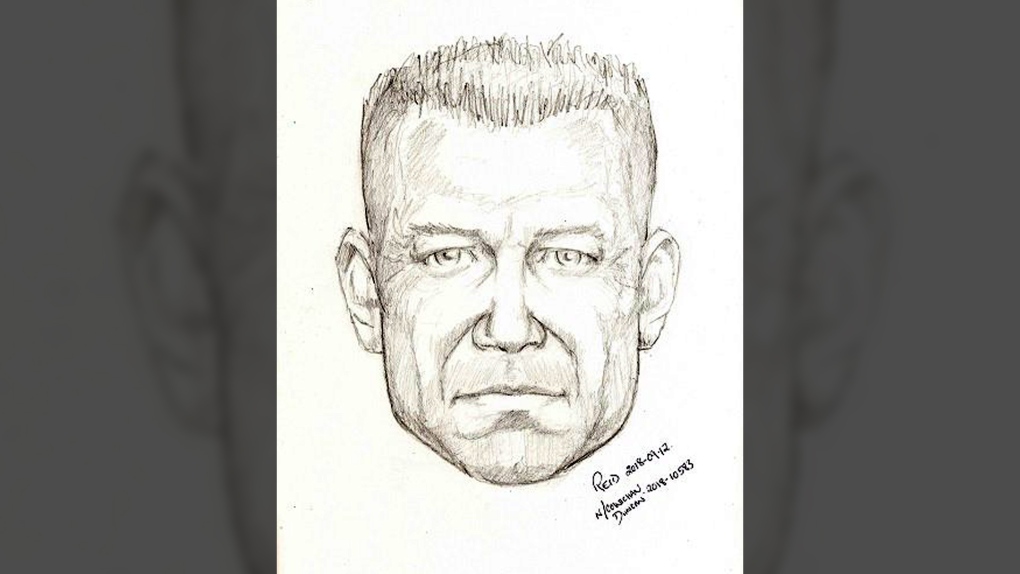 Investigators are releasing a sketch of a man alleged to have sexually assaulted a woman in the Duncan area in June 2018. (Handout)

Mounties in the Cowichan Valley hope the public can help identify a man accused of sexually assaulting a woman in June.

The assault occurred in the Duncan area in the early hours of June 26, 2018, according to RCMP.

Investigators are now releasing a sketch of the man, described as white, 40 years old with light stubble, short grey hair and a larger build.

They say he was driving an SUV described as possibly a 2017 or 2018 Acura MDX or RDX that is white in colour.

The vehicle may have been seen in either the 2700-block of Beverly Street or in the Cowichan Bay area, according to RCMP.