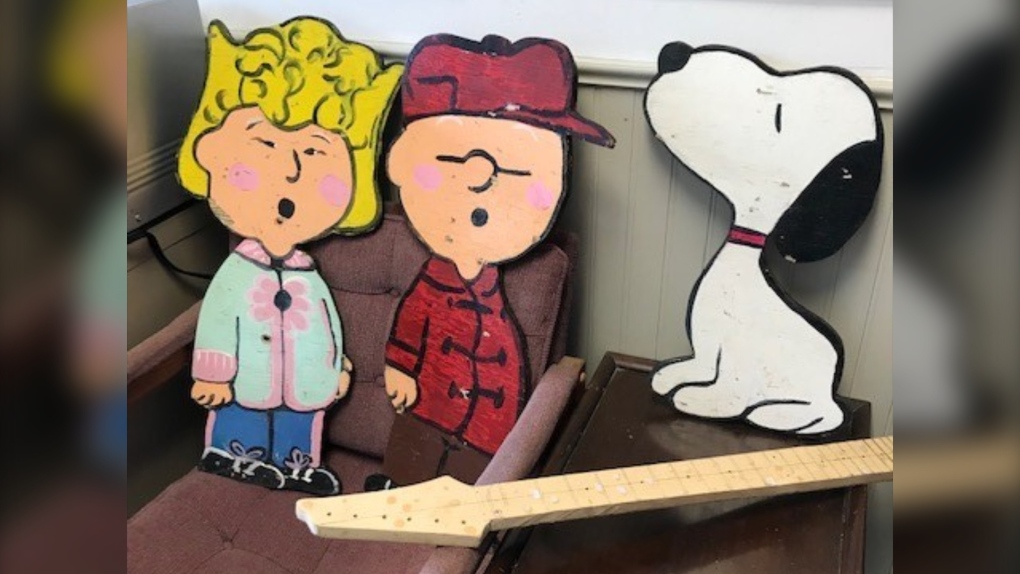 Wooden cut-outs of Charlie Brown, Sally and Snoopy were found Wednesday morning, neatly stacked, in the same place from which they had been taken nine months ago.

You could call it a Christmas miracle in August. A beloved festive display that was stolen in Oak Bay late last November has been returned to the scene of the crime.

Wooden cut-outs of Charlie Brown, Sally and Snoopy were found Wednesday, neatly stacked, in the same place from which they had been taken. A passerby recognized the missing characters in Entrance Park and called the district.

The Peanuts characters have been part of Oak Bay’s holiday light display at the corner of Foul Bay Road and Oak Bay Avenue for more than 15 years.

Chris Hyde-Lay, the district's parks service manager, says the return of the iconic characters was great news for the community, especially for a couple of district employees.

“We’re thrilled to have the Peanuts characters back,” says Hyde-Lay. “They mean a lot to the community, but especially to a couple of our employees who made them as a father-daughter thing years and years and years ago; they are a bit of a family heirloom for them.”

After creating the lovable display, the pair donated it to the municipality for everyone to enjoy.

The wooden characters are worth peanuts monetarily, but a priceless treasure for Oak Bay. Hyde-Lay says the Peanuts gang was big hit with all ages and a big part of the community during the holidays.

“It was a disappointment,” Hyde-Lay says, referring to the theft. “We heard from an awful lot of residents about sad they were to see them disappear.”

The display also included two of Charlie Brown’s friends and his lonely little Christmas tree made famous in the 1960s Christmas special.

Charlie Brown, Sally and Snoopy, (along with his guitar), are a little “worse-for-wear,” says Hyde-Lay, but they will be freshened up with a new coat of paint and put back on display this holiday season.

Who took the Peanuts display or where it has been for the past nine months is still a mystery.

Though Hyde-Lay was disappointed with the theft, he is grateful the characters have been returned.

He encourages everyone to come out in late November to see the refurbished Charlie Brown and his friends at Entrance Park in Oak Bay.