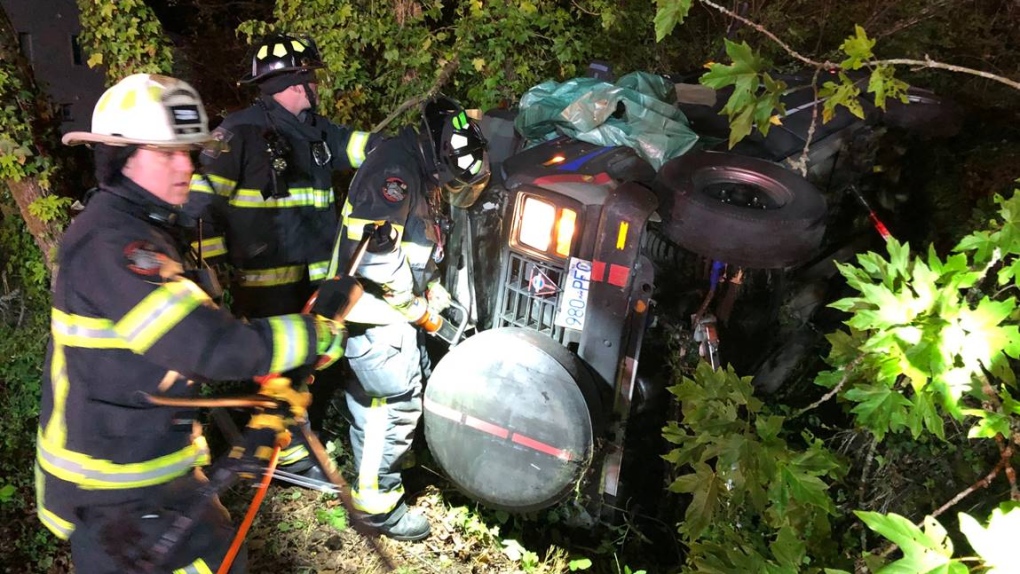 Crews quickly worked to free the man by cutting the windshield off the frame of the van. (CTV Vancouver Island)

View Royal firefighters jumped into action Tuesday after a van careened off the road directly in front of their station.

First responders were called to a serious rollover and entrapment near Jedburgh Road just after midnight.

The vehicle slid down an embankment and came to a rest on its side.

Once on scene, firefighters discovered the driver of the vehicle was semi-conscious and hanging from his seatbelt.

Crews quickly worked to free the man by cutting the windshield off the frame of the van.

Two firefighters squeezed their way inside the badly mangled vehicle and pried the driver free. He was handed over to a waiting BC Ambulance crew who took him to hospital with minor injuries.

Mounties tell CTV News it appears the driver suffered from a medical condition causing him to swerve off the road.

View Royal firefighters say a member of the public who waved down first responders with a flashlight and helped them find the crash greatly aided their efforts to free the driver.