'Extremely lucky to be alive': Driver plunges into Mid-Island pond 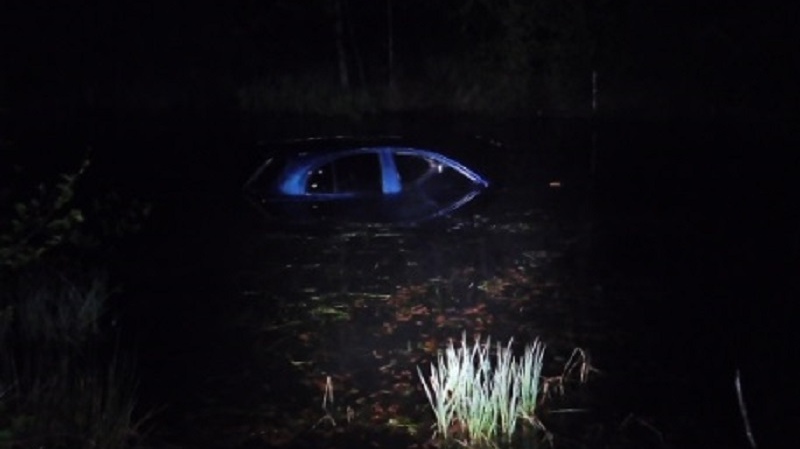 Police say that intoxicants and speed have not been ruled out as factors of the crash: (Campbell River RCMP)

VICTORIA -- The Campbell River RCMP say that one driver is “lucky to be alive” after their car plunged into a pond Sunday night.

Mounties say that the crash occurred off the northbound lane of the Inland Island Highway between Willis Road and the Jubilee Parkway at approximately 10:30 p.m.

Police say that the car, a small four door hatchback, was travelling southbound on the highway when it crossed a grass median, then crossed the highway’s northbound lane before driving down an embankment and plunging into a pond.

The driver, a 27-year-old man, was then able to exit his car and flag down a road maintenance worker for help.

RCMP, fire crews and BC Ambulance services attended to the call and the driver was transported to a local hospital for treatment of minor injuries and exposure.

"The young man is extremely lucky to be alive," said Cst. Maury Tyre of the Campbell River RCMP.

Police say the cause of the crash is under investigation, and that speed and intoxicants have not been ruled out as factors.