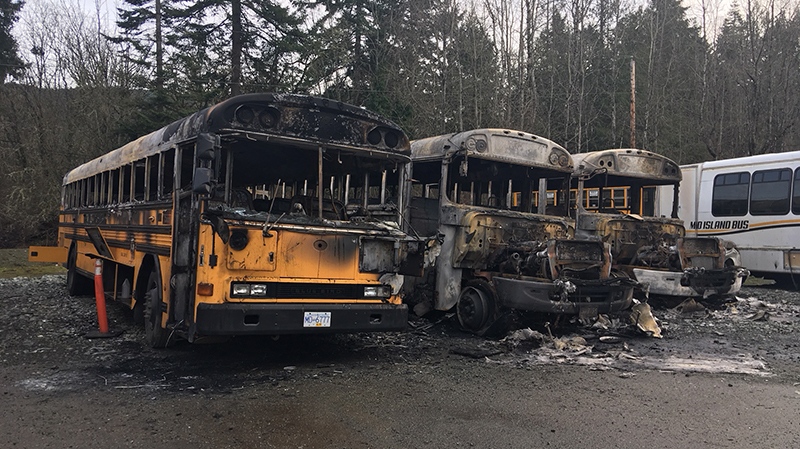 First responders were called to the Mid Island Bus lot in Duncan after someone reported several buses on fire. Jan. 11, 2019. (CTV Vancouver Island)

Police are investigating a suspicious early morning fire that destroyed several buses in a Duncan lot.

First responders were called to the Mid Island Bus lot in the 1800-block of Tzouhalem Road just after 4 a.m. Friday.

A crew from North Cowichan Fire Department extinguished the blaze, which caused damage to five buses in total.

"We were deeply saddened to receive news this morning about the fire," said owner Marilyn Smith. "We are definitely very thankful for the support of the community, the RCMP, and the firefighters who came so quickly to the fire."

In the meantime, the Cowichan Valley School District said it would loan buses for the company to use on its routes.

Police say the cause of the fire remains under investigation and that it appears to be suspicious.

Smith said the company couldn't speculate about the cause.