Driver injured after plunging down embankment on Gillespie Road 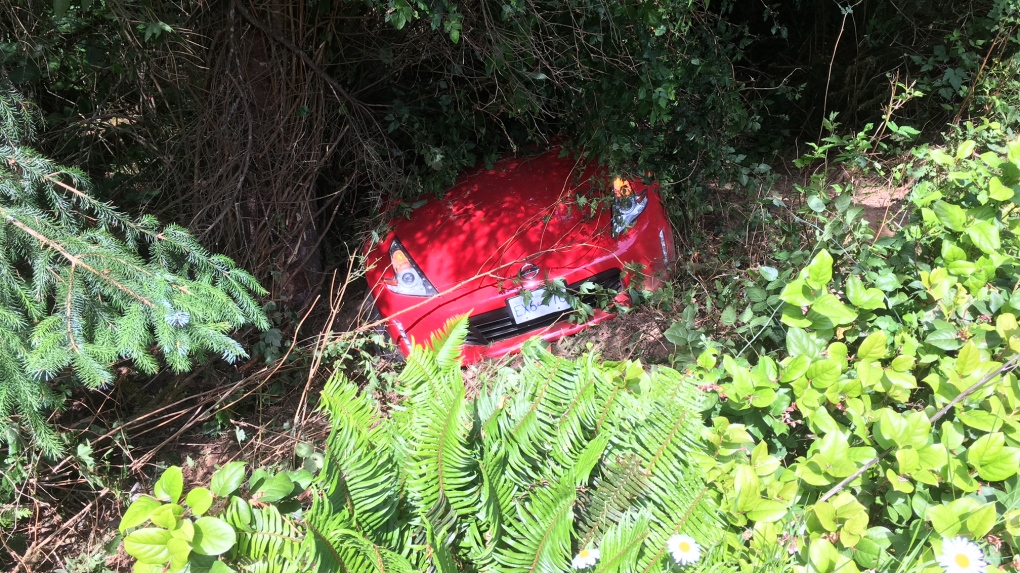 A woman plunged down an embankment on Gillespie Road in Sooke and had to be taken to hospital. June 13, 2019. (CTV Vancouver Island)

A women was taken to hospital after the car she was driving veered off Gillespie Road in East Sooke.

The car was discovered Thursday morning when a Capital Regional District employee driving by saw dust kicked up and became suspicious.

The driver pulled over and investigated to find a car that had just slid across the road and rolled down into trees.

"There was one girl in it, a bit of entrapment there. She was a little shook-up," said East Sooke Fire Chief Roger Beck. "The timing was really good. Had he been a few seconds later, the dust cloud would have been cleared."

He said it appeared the driver might have pulled over to answer a call when she went into the ditch, adding that the crash "could have been a lot worse."

Sooke first responders were quick to arrive on scene and recover the driver. Paramedics transported her to Victoria General Hospital for observation.

The stretch of Gillespie Road where the crash occurred is full of bends and drivers should always slow down on them in all weather conditions, Beck said.