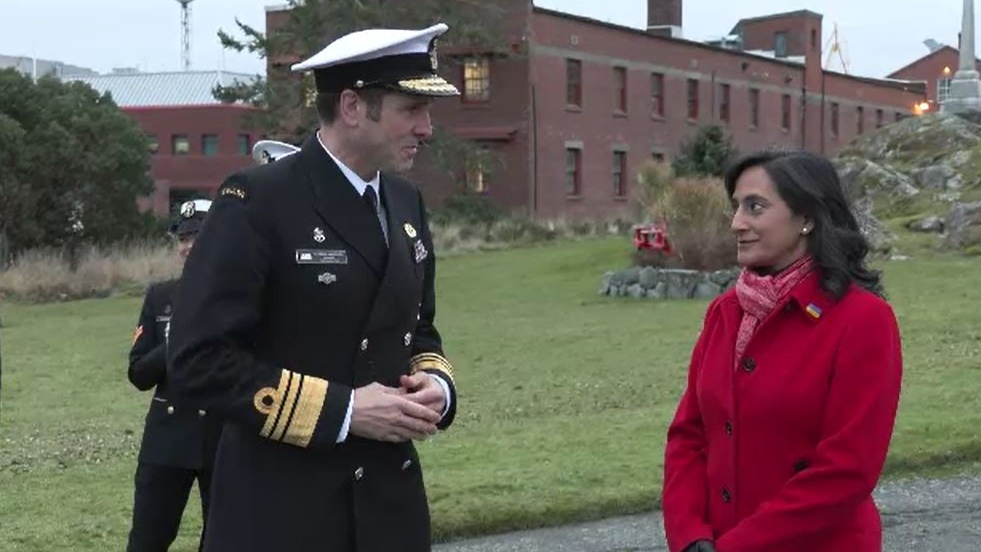 Canada's defence minister was in British Columbia on Monday to welcome home sailors aboard a pair of returning warships and to highlight the federal government's half-a-billion-dollar commitment to Pacific security.

Defence Minister Anita Anand described the western Pacific region, where HMCS Winnipeg and HMCS Vancouver were deployed since August, as a critical zone for Canada's economic and security interests.

"The Indo-Pacific is the fastest growing economic region in the world, and virtually every single security issue in the future will run through this region," Anand said in a statement marking the frigates' arrival at Canadian Forces Base Esquimalt.

"Wherever I go, our allies and partners say that they want to see more of Canada – and through Canada’s Indo-Pacific Strategy, that is exactly what we will deliver."

The strategy includes a multiyear investment of $493 million to strengthen Canada's naval presence in the Asia-Pacific region, most notably through the deployment of a third frigate annually from the West Coast.

While overseas, the two frigates visited eight countries, including Indonesia, Japan, Malaysia, the Philippines, South Korea, Singapore and Thailand. The deployment also yielded the first-ever Canadian naval visit to Cambodia, according to the defence ministry.

The vessel was joined on the mission by a CP-140 Aurora patrol plane, which was subjected to multiple midair intercepts by Chinese warplanes, as CTV News first reported.

"These operations are some of the Canadian Armed Forces' most critical endeavours abroad," Vice-Admiral Bob Auchterlonie, commander of the Canadian Joint Operations Command, said in a statement Monday.

"The Indo-Pacific region represents incredible challenges and opportunities both for the peace and prosperity of the globe," he added. "The CAF is committed to taking an active role alongside our friends and partners. Our sizable contribution highlights the enduring commitment of the CAF to ensure that the rules-based international order is respected."