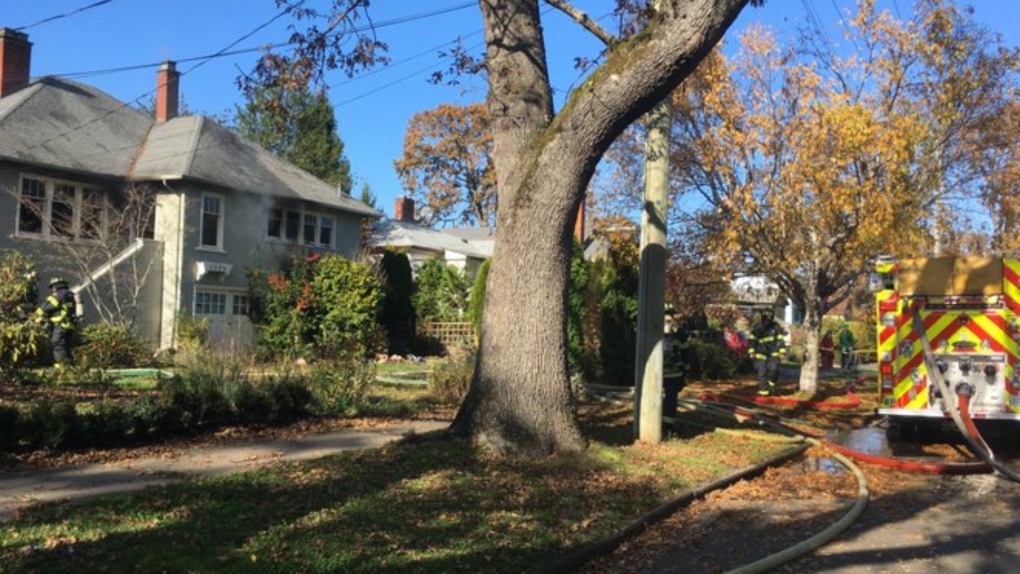 VANCOUVER - One person was taken to hospital as firefighters in Victoria battled a fire in a home in the city's Oak Bay neighbourhood Saturday afternoon.

The fire broke out sometime before 1 p.m. at a house off of Davie Street. Flames affected multiple rooms in the building before crews were able to get the fire under control.

Reports from the scene indicated no humans were inside the home during the blaze, but video from the scene showed a firefighter carrying an orange cat away from the building.

Reports from the scene indicate no one was inside during the fire.

It appears a pet was rescued from the blaze by a firefighter. pic.twitter.com/ShOJaQ0el7

"There was heavy smoke coming down Oak Bay Avenue as we rolled up," Pohl said. "As we arrived, the front windows - which turned out to be the kitchen area - blew out."

He said crews were met by the man who lives on the building's main floor when they arrived. The man told firefighters everyone in the house had gotten out safely, Pohl said, adding that man was later taken to hospital for smoke inhalation.

Firefighters rescued the cat from a basement suite, which was not occupied by people when the fire broke out.

Emergency Social Services has been contacted for the occupants of the main floor and the basement suite, who will be displaced by the fire, Pohl said.