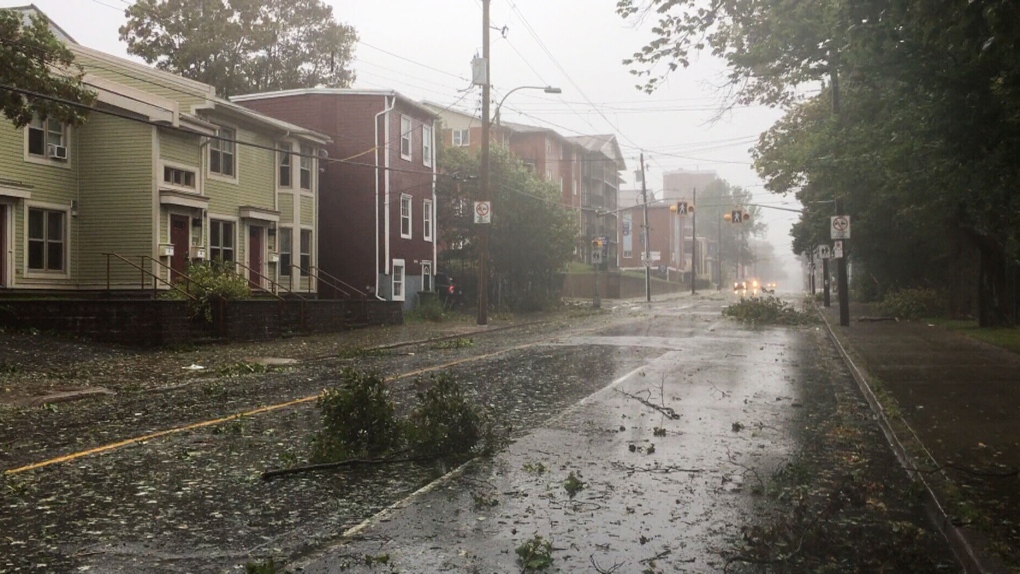 Many schools across Nova Scotia are closed today, and emergency officials have been urging people in hard hit areas to stay home. (CTV News)

HALIFAX - Post-tropical storm Dorian may have left Atlantic Canada but the scars it inflicted across the region with its hurricane strength wind gusts and torrential rain will take some time to disappear.

Utility companies in Nova Scotia, New Brunswick, P-E-I and Newfoundland and Labrador are facing a mammoth job in restoring electricity to hundreds of thousands of customers left in the dark.

Dorian flattened trees that pulled down power poles across a vast area and all of that tangled debris littering streets is now making the work of utility crews that much harder.

Nova Scotia Power reported early this morning that nearly 200-thousand of its customers are still waiting to be reconnected, while thousands more in the other Atlantic provinces faced a similar fate.

She said even with the help of utility crews from Quebec, Ontario, New Brunswick, Florida and Maine, it will likely be next week before the lights are back on in all areas of the province.

Those crews are also getting some help from Canadian Armed Forces personnel who are helping clear roads so utility vehicles can get to job sites.

Many schools across Nova Scotia are closed today, and emergency officials have been urging people in hard hit areas to stay home - both for their own safety and to give cleanup crews more elbow-room to work.