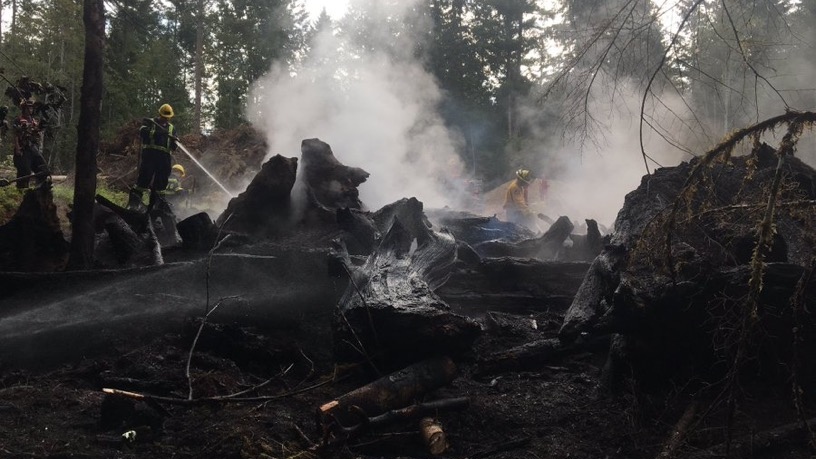 The fire was approximately 100 feet by 40 feet along a tree line before crews arrived. (Dashwood Fire Department)

Capt. Jeremy Morton of the Dashwood Fire Department was initially called out for a "smoke investigation" around 6 a.m. Sunday and traced a column of smoke back to a private property south of Highway 19 near Corcan Road.

Morton said it was a stump fire which he believes re-ignited from a burn earlier in the year.

"I wouldn't say it's uncommon; it does happen," Morton said. "The amount of time between when the burn was last going legally versus when it flared up again was a little odd but not unheard of."

The fire was approximately 100 feet by 40 feet along a tree line before crews arrived.

"Crews had it mostly contained and extinguished until the property owner could be contacted, having an excavator brought to scene to help overhaul the pile," Morton said.

Morton said an initial attack crew from the BC Wildfire Service was also on hand to provide guidance and oversight. 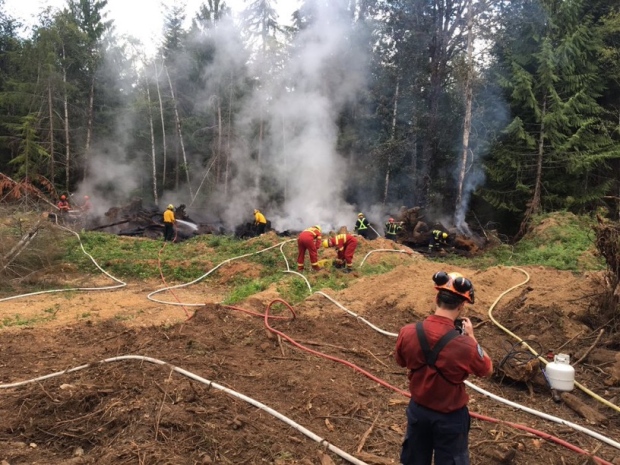