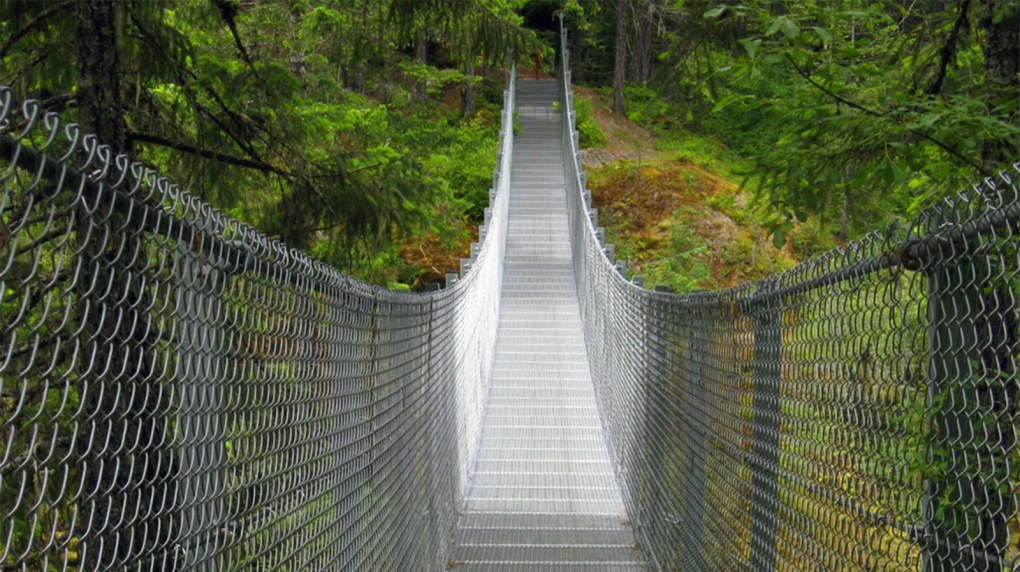 Halsam Creek Suspension Bridge in Nanaimo is shown in this undated photo. The Capital Regional District will build a similar bridge as part of the new Sooke Hills Wilderness Trail. (Courtesy CRD)

The Capital Regional District is building a new 13-kilometre hiking trail complete with a 30-metre suspension bridge that will span the Goldstream River.

The Sooke Hills Wilderness Trail is being developed to fill a gap in the Trans-Canada Trail route, according to the CRD.

It will link the Humpback Reservoir in Sooke Hills Wilderness Regional Park Reserve with the new Cowichan Valley Trail, which is also under development.

That includes links to streets and trails in Langford as well as a link with the Galloping Goose, both part of the Trans-Canada route as well.

Crews are expected to break ground on the project this July, and it is estimated to be completed by July 2017.

That happens to be the 25th anniversary of the Trans-Canada Trail, as well as the country’s 150th birthday.

It has received three grants totalling more than $700,000 from the Trans-Canada Trail Organization for construction of the project. 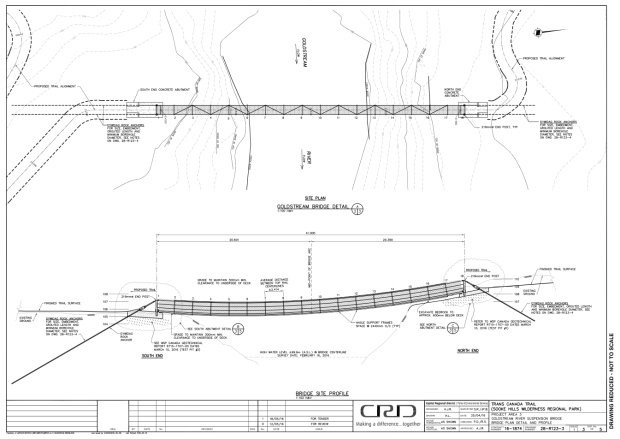