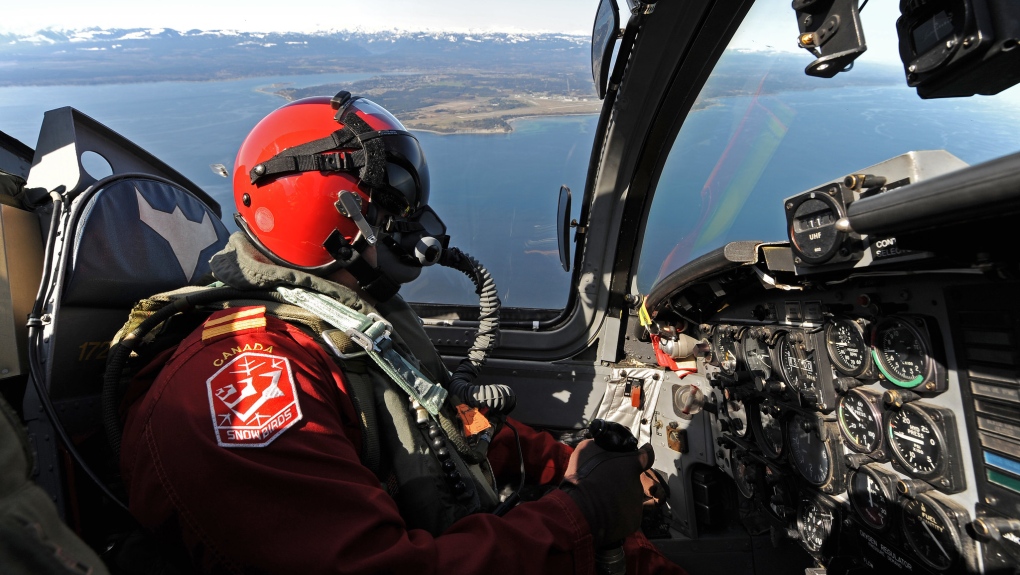 VICTORIA -- This May long weekend, Vancouver Islanders may be able to turn their heads skyward and see the Canadian Forces Snowbirds, if the weather co-operates.

It’s part of a cross-Canada tour for the Snowbirds called “Operation Inspiration.”

The mission is to salute Canadians doing their part to fight the spread of COVID-19.

The team’s nine-jet formation started its journey at the beginning of May, flying over Nova Scotia first, then working its way across the country.

The planes are now heading into their tour of Alberta and B.C. over the next few days and potentially Vancouver Island this weekend.

“While Canadians may not be able to gather at air shows for now, we’re honoured to bring the Snowbirds team to Canadians and to pay special tribute to them,” says Lt-Gen. Al Meinzinger of the Royal Canadian Air Force.

Snowbirds pilot Capt. Logan Reid says a Victoria flyover would have a special meaning for him.

“I love B.C., it’s where my heart is,” Reid says. “To fly over the scenery - I’m a little bit biased - but it’s the most beautiful in Canada. It’s where I learned to fly, it’s where I grew up, so it’s very much coming home for me.”

Reid was born in Duncan but grew up in Central Saanich and is a 2006 Stelly’s Secondary School grad.

The young pilot (#8 in the formation), is into his second season with the Snowbirds, a season that has been up in the air due to COVID-19.

The opportunity for the Snowbirds to give back to Canadians in their own way has been phenomenal, says Reid.

“We didn’t quite know what to expect when we first started off Inspiration. We knew it was a heavy responsibility and we were eager to get under way. But when we took off to the East Coast, we didn’t know how Canadians would react. But since then, it’s been overwhelming and positive.”

On a personal level, Reid says the mission brings great responsibility and “means so much to so many Canadians during this really tragic time.”

Residents are asked to watch the flyovers from the safety of their own homes and not to travel to see the planes.

The Snowbirds say they do not know which day they will fly over Vancouver Island this weekend but the team releases their schedule on a daily basis via their Facebook, Twitter and Instagram accounts.