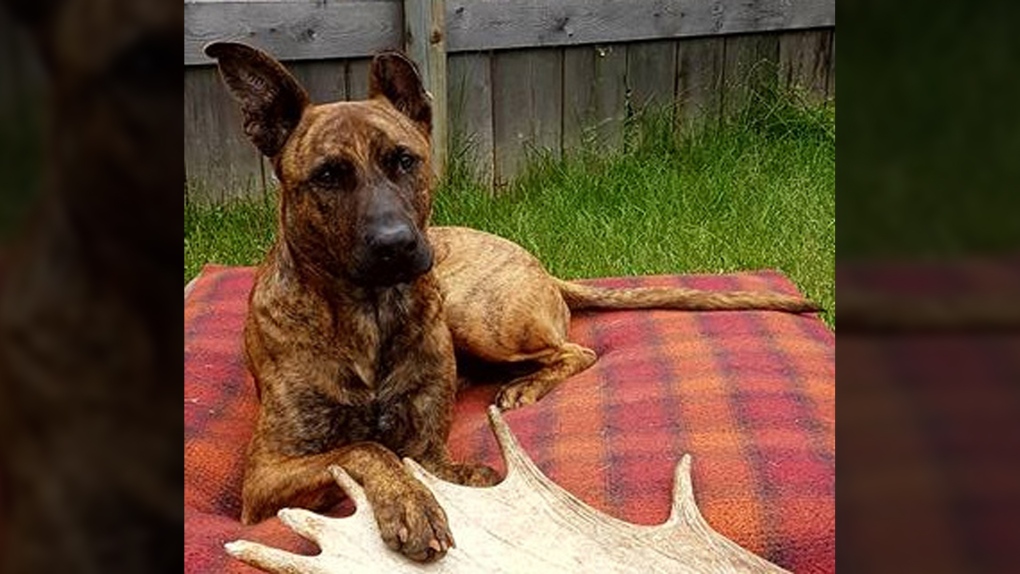 The dog was taken into the BC SPCA for veterinary examinations in February, which revealed he had new and old untreated injuries. (photo courtesy: BC SPCA)

A Campbell River man accused of punching and beating his dog has been charged with animal cruelty following a BC SPCA investigation.

According to the non-profit organization, Cookie, a brindle pit bull-German shepherd, suffered a number of serious facial and jaw injuries.

The dog was taken into the BC SPCA for veterinary examinations in February, which revealed he had new and old untreated injuries including lacerations, puncture wounds to the head and face, a fractured leg and multiple fractures to his teeth and jaw caused by blunt-force trauma.

Under bail conditions, Tyrone Roberts is prohibited from possessing or having custody of any dogs.

“This is a particularly disturbing case of violence against a helpless animal and we are pleased to see the courts taking this case so seriously,” said Marcie Moriarty, chief prevention and enforcement officer for the BC SPCA.

Cookie was treated for all of his injuries and was adopted into a loving home earlier this year. Sadly he was killed in a car accident.

If he’s convicted, Roberts faces a maximum fine of $10,000, up to five years in jail or up to a lifetime ban on owning animals.