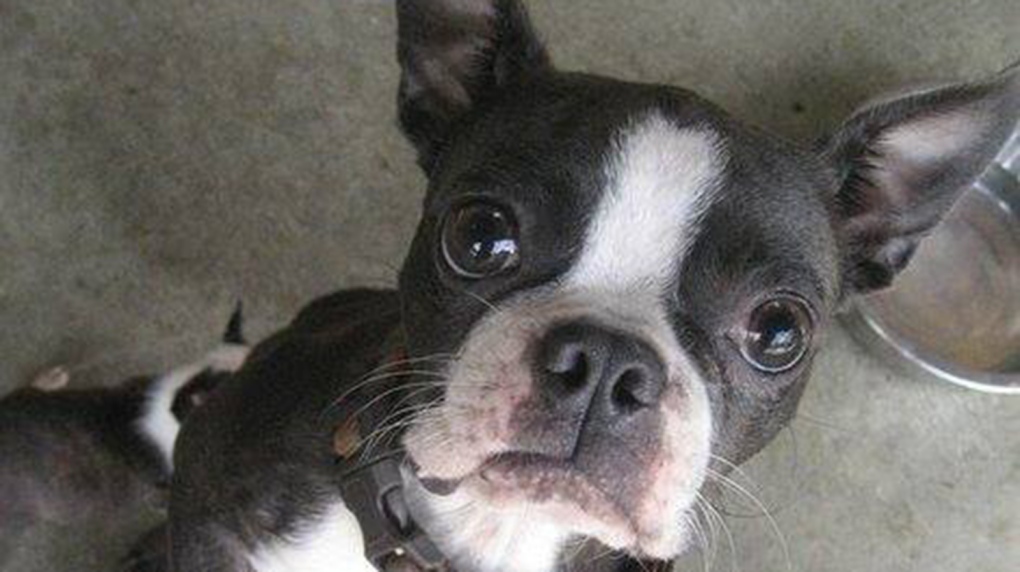 One of the many Boston terrier puppies at the Cowichan SPCA poses for a picture after being surrendered by a registered breeder over the weekend. Aug. 24, 2015. (Facebook)

There’s been an explosion of cuteness at a Vancouver Island animal shelter.

The Cowichan SPCA has been flooded with calls after somebody surrendered 27 Boston terriers to the shelter – and more than half are puppies.

A registered breeder could no longer care for the 16 puppies and 11 adults, all in healthy condition, because of personal problems, according to branch manager Sandi Trent.

The puppies are just four weeks old while the adults, one male and 10 females, range from one to three years old.

“They’re sweet dogs obviously, and small dogs are obviously more easy to find homes for than some of the larger mixed breeds we get in regularly,” Trent said.

In one day, the branch has already received between 50 to 60 applications for the animals.

Trent said it’s a positive sign but also “kind of bittersweet,” because the shelter has larger dogs and less desirable breeds that have been living there for three or four months while nearly all of the Boston terriers have been applied for.

But the puppies must stay with the shelter and various foster homes for the next five to six weeks until they’re ready to be adopted.

Priority for puppy adoptions will be given to families that can spend a fair amount of time with the animals because the first year of training is “make or break” for the breed.

Anyone interested in applying to adopt can visit the branch at 7550 Bell McKinnon Rd. in Duncan.

To donate to the BC SPCA, a not-for-profit organization, click here.