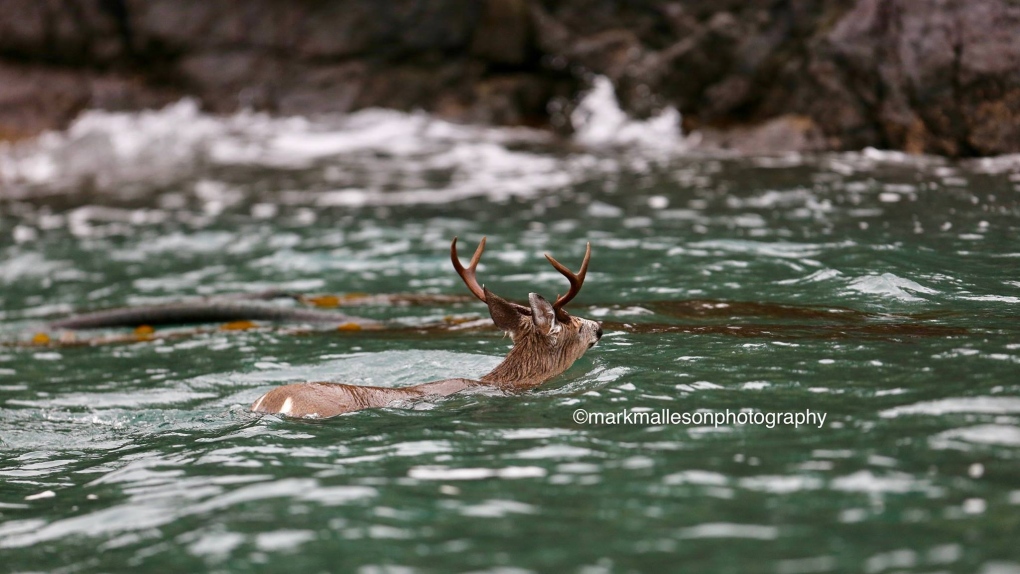 A buck swam safely to shore after a whale-watching tour boat performed a maneuver to separate it from a pod of transient orcas, which have been known to prey on such mammals in the past. Dec. 18, 2016. (Mark Malleson/Prince of Whales Whale Watching)

A boat captain stepped in to assist a wayward deer that swam dangerously close to a pod of orcas on the weekend.

A group of whale watchers were out on a Prince of Whales zodiac boat off East Sooke Park Sunday when they spotted what looked like a tree branch in the water.

The boat moved closer and discovered it wasn’t a tree, but the antlers of a deer trying to make its way across.

The boat’s captain also noticed a pod of transient orcas lurking nearby at the same time. 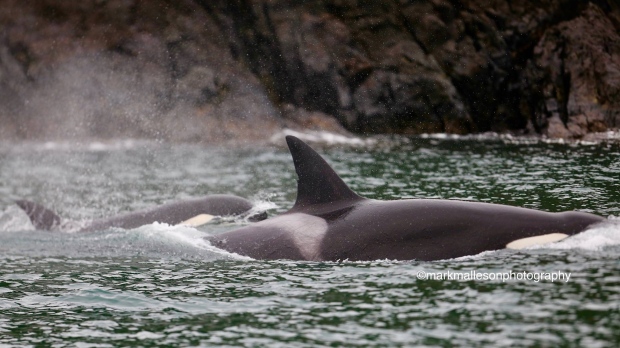 A Prince of Whales boat captain noticed a pod of transient orcas lurking nearby at the same time a buck was crossing the water off East Sooke Park Sunday, Dec. 18, 2016. (Mark Malleson/Prince of Whales Whale Watching)

Skipper Mark Malleson maneuvered the boat to help the buck get safely back to shore.

Malleson said in 20 years as a whale-watching guide, it’s the first time he’s encountered a deer in the water.

Prince of Whales said in the past, transient orcas have been known to prey upon deer and moose as they swim between islands.