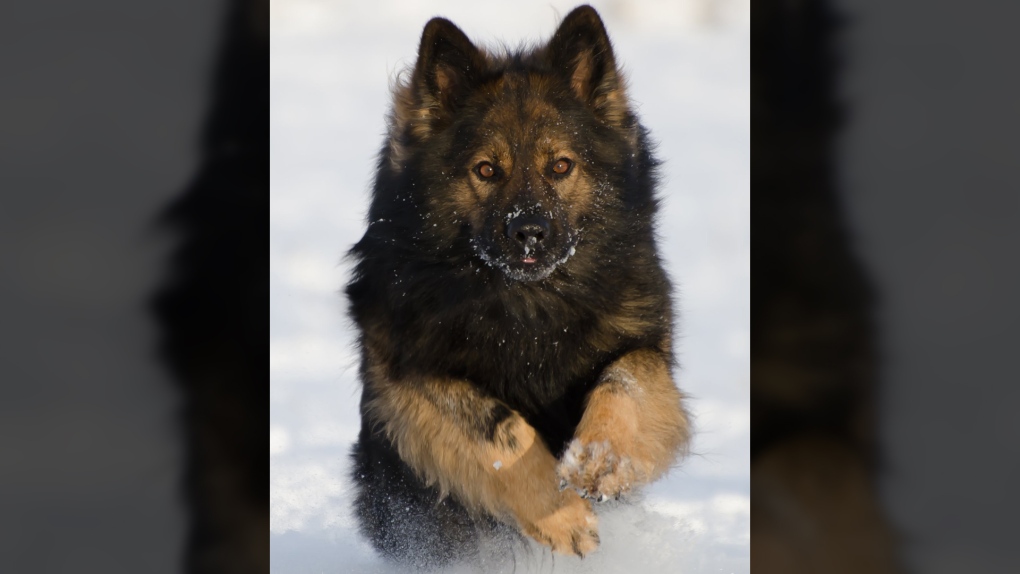 Jager, an RCMP dog, helped in the arrest of two prolific offenders in Nanaimo on the weekend, police say. Nov. 28, 2018. (Handout)

Nanaimo Mounties say two prolific offenders were arrested as they tried to break into vehicles near a ferry terminal, thanks to a police dog who sniffed them out.

The incident took place at around 1 a.m. Saturday after police were alerted to reported vehicle theft at the Duke Point terminal.

A witness gave police a description of a suspect vehicle. Officers then tracked down the vehicle in the area of 12th Street, but the suspects were not inside.

Jager led his handler to a suspect hiding in nearby bushes. The man suffered a minor dog bite during the arrest and later received medical treatment, police say.

They also found the man to be in possession of a small amount of crystal meth.

The officer and police dog then found another suspect hiding under a parked car.

Jager dragged her out from under the vehicle, with the suspect suffering several puncture wounds to her shoulder in the arrest and also receiving treatment.

The vehicle they were driving was found to have been stolen from Ladysmith on Nov. 17, according to police.

Kloss faces charges of taking a car without consent and several breach charges.