A surplus of rowboats, sailboats and makeshift rigs will be leaving Victoria's Inner Harbour Thursday for the official start of the 1,200-kilometre Race to Alaska.

The preliminary race began on Monday with a trip from Port Townsend to Victoria, and 46 qualifying teams that made it to the island the fastest will be continuing on to Ketchikan, Alaska over the next four weeks.

But here's the catch: None of the boats will use motors.

Despite the $10,000 cash prize, many of the teams are simply in it for the adventure and to show off their watercraft.

Race to Alaska co-founder Daniel Evans says the race allows competitors to get in touch with their creative sides and accomplish something outside of their comfort zones.

“It’s a mix of these very expensive, very fast boats, to other ones that people have literally pulled out of blackberry bushes and fixed so they can try and make it to Ketchikan,” said Evans.

“And the sailing community in Victoria has really helped us become what we are. You’ll see a lot of Victoria teams out there.” 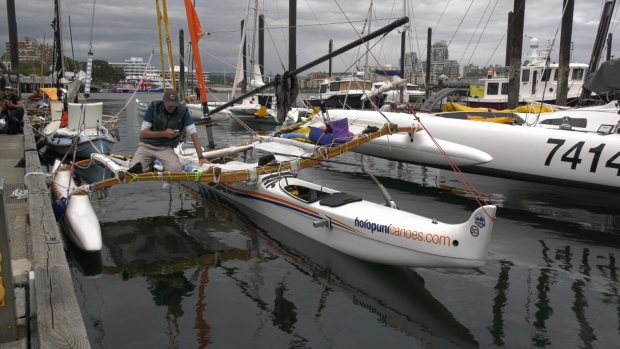 The race started in 2015 and hosts teams from across the United States and Canada. Evans says the way teammates will split up and regroup differently each year to try new things is a testament to the kind of community that's grown around the race.

One Victoria team has a newcomer this year.

Trevor Bennett is racing with his team aboard Neptune’s Bellows after being called a week ago to sub in for a teammate last minute.

“I learned how to sail last week, I’ve never rowed before,” said Bennett.

“It was scary crossing yesterday. There were some pretty big winds and pretty big waves.”

But Bennett says the damp and dreary conditions haven’t dampened his spirit.

“It’s pretty uncomfortable but I think that’s what this is all about – trying something new and seeing how far you can get without a motor. It’s pretty awesome.”

Astronaut jokes were thrown around the docks Wednesday as the teams discussed their freeze-dried food rations, tight quarters, and some out-of-this-world boats. 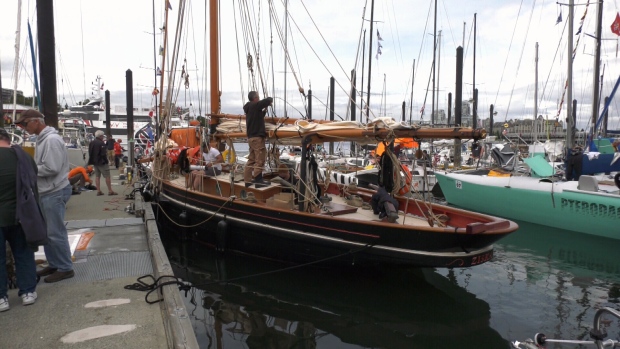 Ranging from a beautifully maintained sailboat from 1903, to a precarious-looking rig called Hobie-1-Kenobie, the boats showcase both the creativity and adventurous nature of the West Coast.

The youngest team, McGuffin Brothers Racing is a crew of brothers from Salt Spring Island with an average age of 16. Evans says the oldest seafarers this year are in their 80s.

Regardless of age, the one thing drawing the adventurers seems to be the camaraderie of the community, and the experience of a lifetime.

For Victorians looking to watch the race, the teams will be departing the Inner Harbour docks at noon Thursday.

The Race to Alaska website has a tracker and podcast to keep tabs on your favourite teams and check in on who is in the lead over the next four weeks.