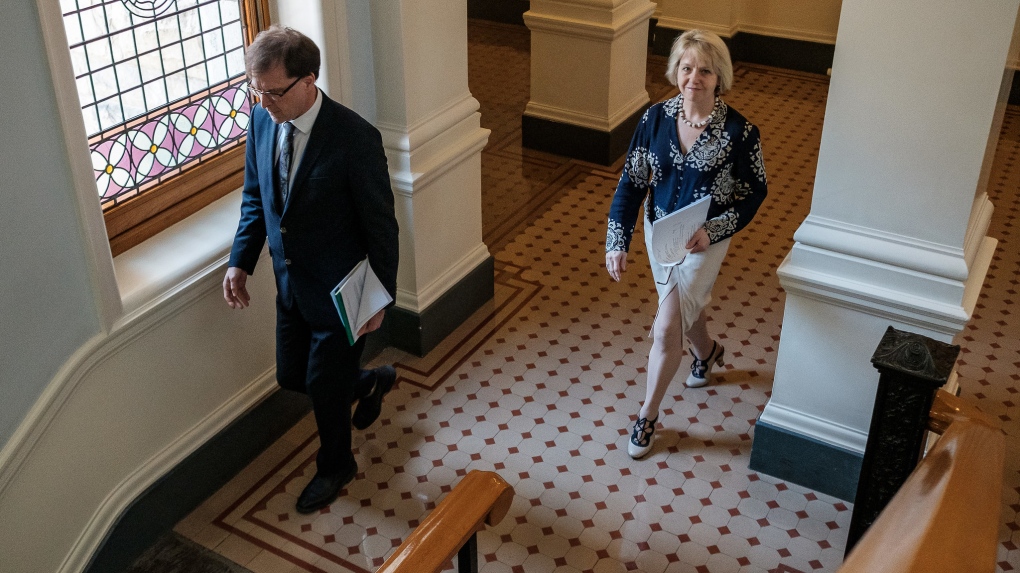 There have now been 6,162 confirmed cases in the province, overall.

"We offer our condolences to everyone who has lost their loved ones during the COVID-19 pandemic," Henry and Dix said.

There are 1,233 active cases of COVID-19 in B.C., including 31 people who are in hospital with the virus, 12 of whom are in intensive care. Friday's active caseload is the highest B.C. has ever seen, and the first the province has topped 1,200 active cases.

Additionally, public health officials are now monitoring 2,792 people who have been exposed to known cases of the coronavirus.

Health officials also announced a new outbreak at KinVillage long-term care home in Delta. Earlier in the day, Fraser Health announced that a staff member at the facility had tested positive.

The new outbreak brings the total in health-care settings in the province to 12, with 10 of them in long-term care or assisted living homes and two in acute-care units.

There have been no new community outbreaks of COVID-19 in the last 24 hours, but public exposure events continue to be announced, health officials said.

“COVID-19 continues to affect our province and this long weekend is no different," Dix and Henry said in their statement. "Whether you’re celebrating the Canucks game tonight or meeting friends for a barbecue or camping, let’s make it a safe, small-group long weekend."

That message echoes the one Henry and Dix shared in their update on provincial modelling of the virus at a news conference on Thursday.

Henry presented data showing that B.C. residents have been making roughly 65 to 70 per cent of the amount of interpersonal connections they had been before the pandemic began. She described the province as at a "precipice."

That level of connection is too high to prevent continued growth in the active caseload, according to provincial models. A reduction to 50 per cent of normal connections would see the curve trend back downward, according to the data.

“We have the tools and we can make the right choices," Henry and Dix said in their statement Friday. "To be successful in this next phase, we need to step back to safely move forward. So let’s all make choices that will keep our communities, our Elders, our loved-ones and ourselves safe.”

Since the pandemic began, the vast majority of B.C.'s cases have been located in the Lower Mainland. There have been 3,201 confirmed cases of COVID-19 in the Fraser Health region and 2,077 in Vancouver Coastal Health.

Elsewhere in the province, there have been 451 confirmed cases in Interior Health, 180 in Island Health and 174 in Northern Health. Seventy-nine people whose cases were recorded in B.C. reside outside Canada.

A total of 4,706 people who tested positive for COVID-19 in B.C. are now considered recovered.