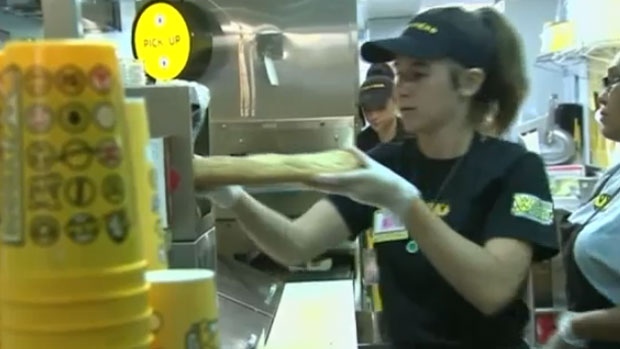 VICTORIA - The minimum wage in British Columbia will rise by 50 cents to $11.35 an hour in mid-September.

The ministry says there will be an identical increase of 50 cents to the minimum wage for liquor servers, bringing it to $10.10 per hour in September.

The Jobs, Tourism and Skills Training Ministry says the new wages include a 20-cent increase based on British Columbia's 2016 Consumer Price Index, plus an additional 30 cents.

The minimum wage was raised to $10.85 an hour last September.

Irene Lanzinger, president of the B.C. Federation of Labour, said at the time that still left 500,000 workers earning poverty level wages of below $15 an hour.

In a news release, the ministry says when self-employed people are excluded, there were 93,800 workers earning the minimum wage last year in a workforce of just under two million people.

The ministry says it will announce more details later on increases in the daily rates for live-in home support and camp leaders, monthly rates for resident caretakers and the pay rates affecting farm workers harvesting certain fruits and vegetables.