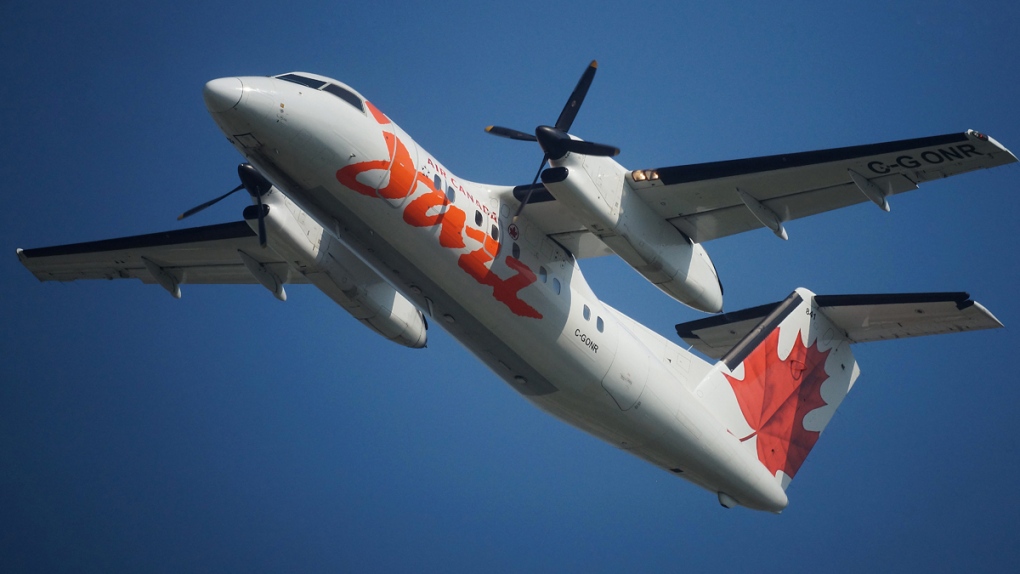 VICTORIA -- An Air Canada flight reported a close encounter with a drone while landing in Nanaimo last week.

According to a Transport Canada occurrence report, the incident happened during a flight from Vancouver on Friday.

The Air Canada Jazz de Havilland Dash 8 aircraft was making its final approach to land in Nanaimo when the pilot "reported a remotely piloted aircraft system (RPAS) at the same altitude, just off their left wing."

The incident report, published by the Civil Aviation Daily Occurrence Reporting System (CADORS), says the "pilot advised [the drone] was close to the aircraft and that it was black, small to medium in size, and looked like a personal use drone."

The CADORS report categorizes the incident as an unauthorized entry into a controlled airspace.

The flight landed safely and the RCMP were notified of the incident.