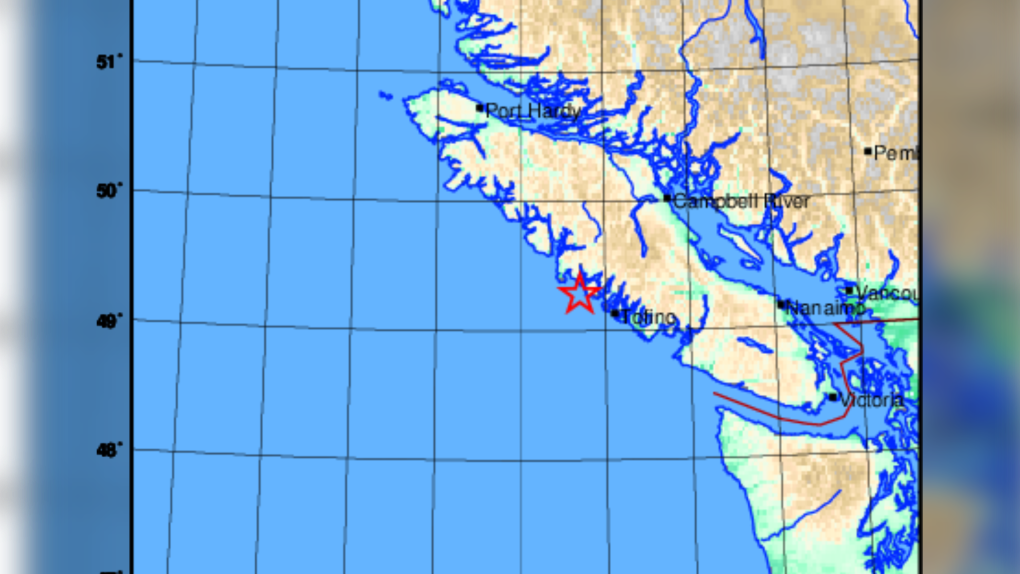 A 4.8-magnitude earthquake shook homes on Vancouver Island Friday night, but no damage has been reported, according to Earthquakes Canada.

The federal agency says the quake happened at 7:50 p.m., 34 kilometres west-northwest of Tofino, at a depth of 32 kilometres below the Pacific Ocean.

Others on social media reported feeling the quake in the Comox Valley, and Earthquakes Canada shows reports that the quake was felt as far away as Powell River and the Lower Mainland.

Friday's quake was the second off the west coast of Vancouver Island in as many days.

Around 5:10 a.m. Thursday, a smaller earthquake was detected considerably farther from shore, but was nonetheless lightly felt by some Island residents.

That quake occurred 288 kilometres southwest of Tofino, at a depth of one kilometre. It had a magnitude of 4.0.

Memphis authorities released more than an hour of footage Friday of the violent beating of Tyre Nichols in which officers held the Black motorist down and struck him repeatedly as he screamed for his mother.

Canadian study suggests we may be underestimating children’s memory capabilities

New research from York University suggests that we may be underestimating what kids are capable of when it comes to their memories.