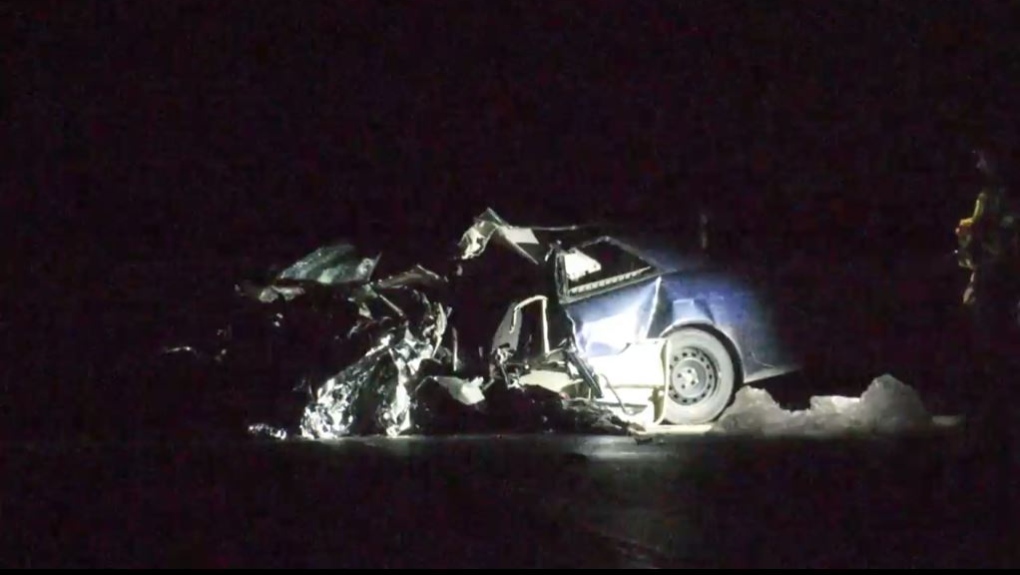 The 24-year-old woman died of her injuries after being transported to hospital. (CTV News)
Victoria -

A 24-year-old woman is dead after the car she was driving collided with a pickup truck Monday evening near Courtenay, B.C.

The crash happened around 6:15 p.m., when Comox Valley RCMP were called to the scene on Veterans Memorial Parkway. Police found the driver of a heavily damaged Honda Civic already receiving treatment from paramedics and firefighters at the scene.

The young woman died of her injuries after being transported to hospital.

“Several witnesses told investigators that they observed the Honda Civic suddenly veer into the oncoming lane of traffic before colliding with a full-sized pickup truck towing a travel trailer,” said Comox Valley RCMP Const. Monika Terragni in a statement Tuesday.

“Investigators are being assisted by a traffic analyst from the BC Integrated Collision Analyst and Reconstruction Service as the exact cause of the collision continues to be examined,” she added.

The driver of the pickup truck was taken to hospital with non-life-threatening injuries.

The BC Coroners Service is conducting its own investigation into the woman’s death.

Anyone who witnessed the crash or has dash cam video and has not yet spoken with police is asked to call the Comox Valley RCMP at 250-338-1321.