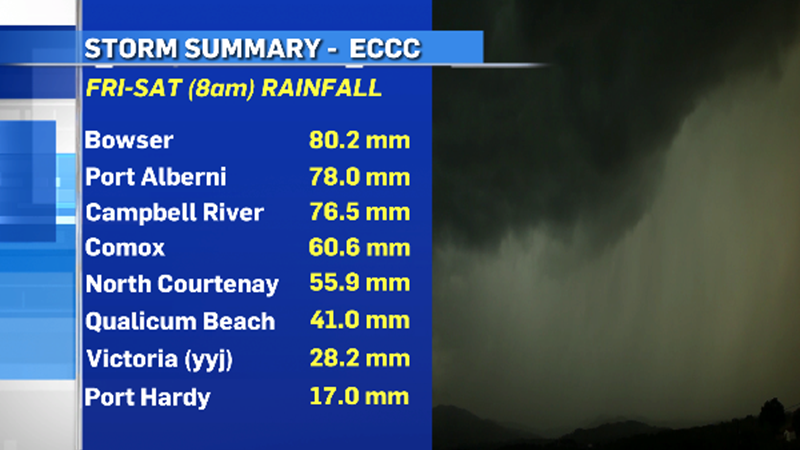 On Friday, the Victoria airport received 28.3 mm, the largest rainfall since February.
Victoria -

It happened, it finally happened. Significant moisture hit the West Coast and brought some much-needed relief to a very dehydrated province over the weekend.

An atmospheric river began to develop early last week so we could see that we were in for a highly anticipated dump of moisture. By Thursday evening, the rain arrived and on Friday the sky opened up and gave several areas a copious amount of water.

We all knew we were struggling with drought. After a dry spring and even drier summer the situation was getting dire, and while the weekend storm doesn’t solve all the issues it was very welcomed and gets many areas back on track for moisture levels.

The average annual rainfall for Greater Victoria ranges from around 650 mm to 885 mm. This year, from Jan. 1 to Sept. 20, the airport has recorded 359.5 mm. On Friday, the airport received 28.3 mm, the largest rainfall since February.

The big winner in the rainfall race was Squamish with 116.6 mm, followed by Port Mellon with 114.8 mm. It took other areas all weekend to get to triple digits. On Vancouver Island, North Courtenay led the way with 110.3 mm from Friday to the end of the day Sunday. 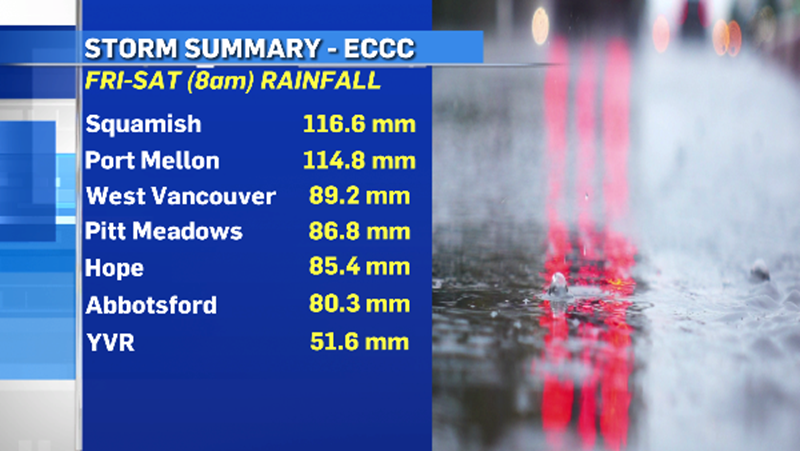 While Friday was the heaviest rain day, the system slowed down its delivery of water on Saturday and Sunday but plenty of scattered showers and rain pockets rolled in late Sunday.

After the lack of rain and the amount of heat we had over the summer, the ground is so dry that trees can easily be toppled when a storm like this rolls through. Some areas also saw localized flooding with high rain amounts falling in a short time. We also have to keep these things in mind with weather systems such as this.

As we move forward into fall and winter, our attention will be focused on the potential for how a weak La Niña ride will play out. I’m not a fan of doing seasonal forecasts as the transition from summer to fall is very unstable and it’s hard to lock down but if things play out the way it stands today, we’ll likely see slightly above-average temperatures right through the end of the year with higher than average moisture. The best approach with this is to take the forecast one week at a time.