'We do anticipate there will be more': Multiple wildfires burning on Vancouver Island after lightning storm

'We do anticipate there will be more': Multiple wildfires burning on Vancouver Island after lightning storm 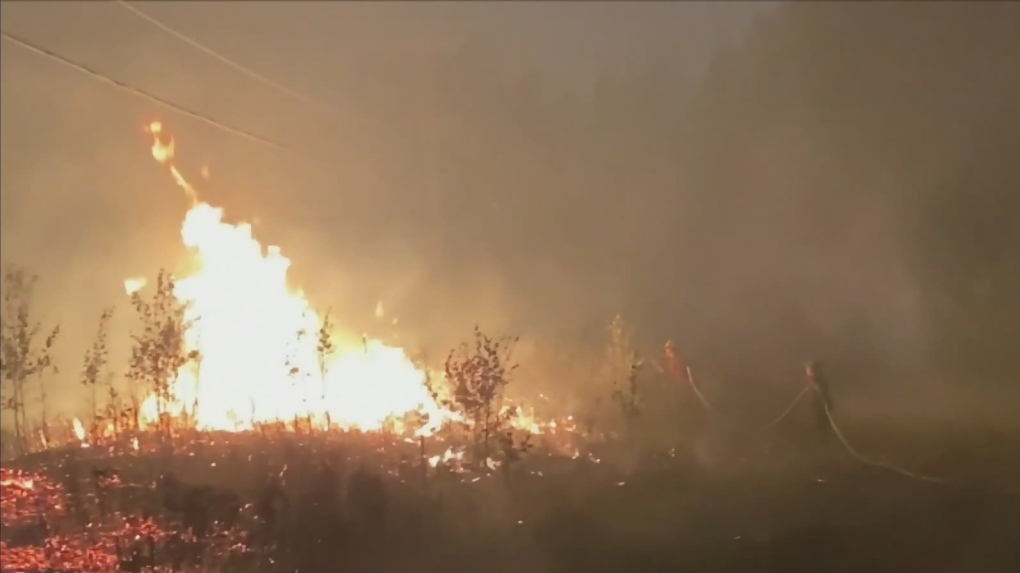 B.C. firefighters battle a wildfire in this file photo. There were 58 wildfires burning in B.C. on Wednesday afternoon. (CTV News)

Wildfire officials say a lightning storm rolling over Vancouver Island is responsible for sparking up to nine fires burning in the region Wednesday.

All of the fires are centred around the Barkley Sound area, with blazes reported near the communities of Port Alberni, Ucluelet, Bamfield, Buttle Lake and Nitinat Lake.

"We now have nine fires that we are either on scene at or en route to," said Julia Caranci, a fire information officer with the Coastal Fire Centre, in an email Wednesday afternoon.

"The storm continues to move over Vancouver Island so we do anticipate there will be more fires [to] report over the coming hours and possibly days," Caranci added.

All of the fires reported on the island Wednesday were smaller than an acre before 1 p.m.

Vancouver Island has dodged the worst of British Columbia's wildfires this summer. The B.C. Wildfire Service has counted 579 wildfires in the province in 2022, with the most destructive blazes reported in the province's Interior and southeastern regions.

There were 58 wildfires burning in B.C. on Wednesday afternoon.