A Virginia woman is packing up her life and moving her family to Vancouver Island in response to the U.S. Supreme Court overturning Roe v. Wade.

Jo Kreyling says she's moving to Nanaimo, B.C., because she and her husband want a better life for their young child.

One of those rights includes the right to choose an abortion.

"People in a situation where they may have a miscarriage or an ectopic pregnancy were having the decisions regarding their pregnancies made by people who medically didn’t even understand those concepts," she said.

While abortion is currently legal in Virginia, Kreyling says she's still concerned about the future and the fragmented range of laws in the U.S. 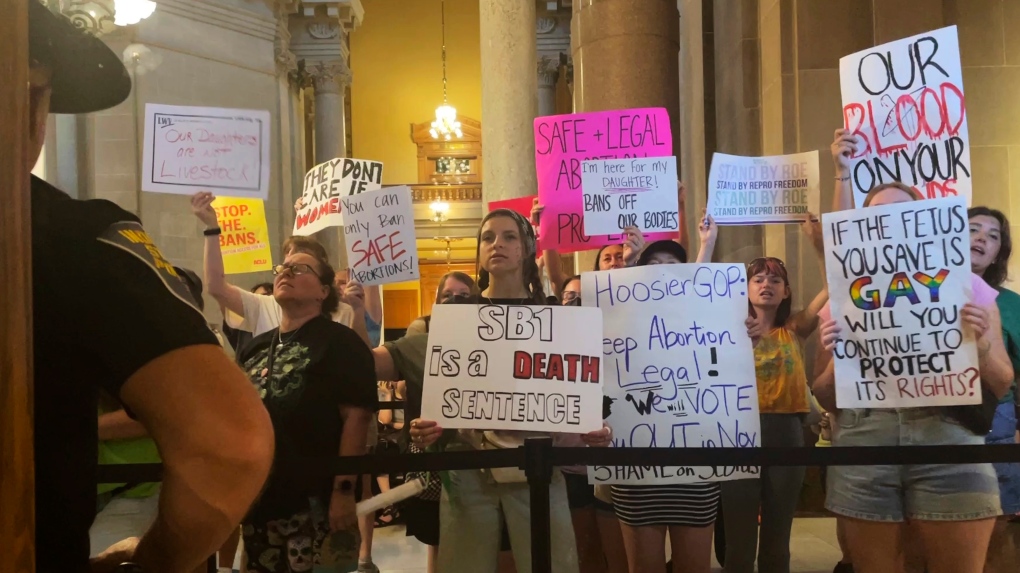 Kreyling, a video game developer, hopes to move to Nanaimo by the spring. She says she understands that moving to Canada is a privilege.

"The thought of a life in Canada has given me more hope than I’ve had all pandemic," she said.

Meanwhile, in Nanaimo, a local nurse who works at a clinic that offers abortion services says she expects to see more U.S. residents coming to Canada for help.

"It’s already a stressed system and it’s already difficult for somebody, even locally, to find abortion care," she said.

Kreyling hopes American abortion rights are re-instated so that others won't have to take such a drastic measure going forward.

A powerful 7.8 magnitude earthquake rocked southeastern Turkiye and northern Syria early Monday, toppling hundreds of buildings and killing more than 1,300 people. Hundreds were still believed to be trapped under rubble, and the toll was expected to rise as rescue workers searched mounds of wreckage in cities and towns across the area.