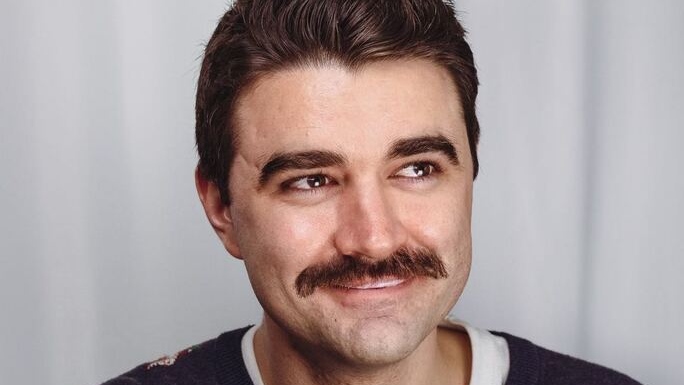 Virgin Mornings Victoria radio host Johnny Novak registered as a "Mo Bro" in 2022, something he said he has done for over a decade.

A Victoria radio host has completed his impressive goal of running 10 kilometres a day over the month of November in support of men's health.

Virgin Mornings radio host Johnny Novak ran a total of 300 kilometres over the month, raising more than $2,000 to support the international Movember campaign.

Men participating in the Movember campaign are asked to grow and groom a moustache and start conversations around three key issues affecting men's health, including prostrate and testicular cancers, as well mental health.

Rain or shine, Novak ran 10 kilometres each day in November. He completed the final 10 kilometres of his goal on Wednesday during the morning radio show, starting just after 7 a.m. and finishing about an hour later.

"The donations coming have just been overwhelming," said the Victoria radio host.

"They’ve been so inspiring, just to see people giving money to a cause that often seems to get pushed to the side," said Novak.

According to the Movember campaign, one in eight men in Canada will be diagnosed with prostate cancer, while testicular cancer is the most common cancer among young men.

The charity also says that globally, one man dies by suicide every minute.

A former Israeli prime minister who served briefly as a mediator at the start of Russia's war with Ukraine says he drew a promise from the Russian president not to kill his Ukrainian counterpart.