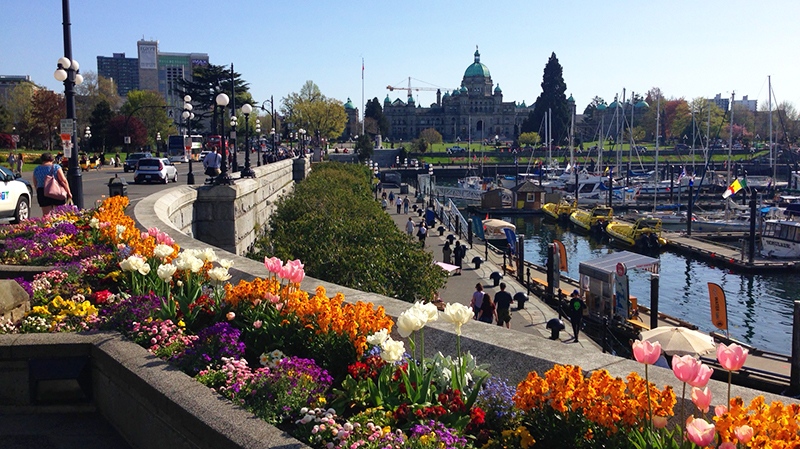 A high of 28.4 degrees was recorded by a Victoria Harbour weather station, according to Environment Canada.

That handily beats out the previous record for hottest June 11 recording at the station – 21.7 degrees set in 1898.

Temperatures are expected to reach 25 degrees with a mix of sun and cloud in the Victoria area Wednesday. The previous record high for June 12 in Victoria Harbour was 24.5 degrees, set back in 2006.

More records could fall elsewhere on the island.

Nanaimo could see temperatures of up to 29 degrees, which would break the previous record high of 27.8 degrees set on June 12, 2002.

The hottest spot on Vancouver Island is likely to be Port Alberni with Environment Canada predicting a peak temperature of 33 degrees.

As temperatures surge above normal for this time of year, some farmers say they've had to adapt to increasingly temperamental weather to protect their crops.

There is also concern for salmon populations as lake and river tributaries dry up.

Comox recently broke a nearly 125-year-old record for driest meteorological spring – March, April and May – after receiving just 74 millimetres of rain. An average of 215 millimetres usually falls on the region during spring.

Environment Canada said the hot, dry weather is expected to persist for at least the next two weeks.