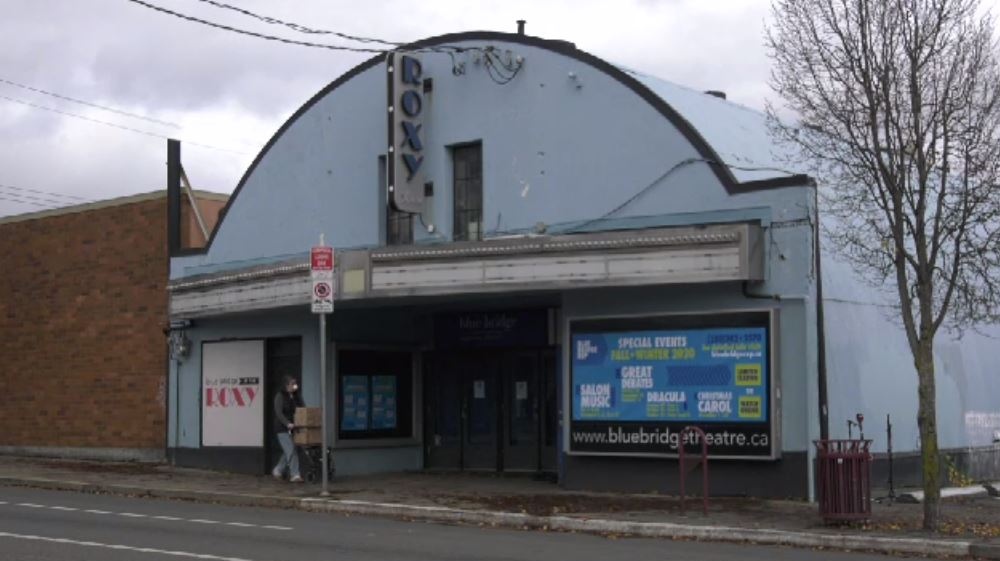 Frankie and Johnny in the Claire De Lune opens Thursday at the Roxy Theatre and runs through Nov. 7. (CTV News)
Victoria -

Victoria's Blue Bridge Theatre is set to launch its new season with a classic love story.

Frankie and Johnny in the Claire De Lune is about two people who meet for a one-night stand and discover the potential for a deeper love.

The Tony-nominated Terence McNally play has been revived multiple times on Broadway and was turned into a movie in 1991 starring Michelle Pfieffer and Al Pacino.

Although it was written during the late 1980s, director Brian Richmond says the theme remains relevant today.

“I hope they find hope in this,” says Kelly Hobson who plays Frankie. “Especially in a time like this during the COVID pandemic. We’re all a little afraid to love each other at this moment and show that love, and I feel like this play kind of hits home with that a little bit.”

The director describes it as a little bit “salty” as it contains some nudity and coarse language.

“Probably the audience in the first few second will go, ‘Oh, they are just going to be dropping swear words,'” says Jacob Richmond, who plays Johnny, a short-order cook. “It actually starts to build throughout the two hours and turns into something quite poetic.”

“It’s a bit of an emotional rollercoaster for sure,” adds Hobson. “Sort of a mix between comedy and drama. It’s sweet, it’s funny, it’s tough and it’s beautiful.”

This will be Blue Bridge's first full-capacity production since the start of the pandemic and the cast and crew are excited to perform in front of a live audience.

“There’s nothing like the energy of a full house,” beams Hobson. “It just brings so much to the show and to the actors.”

There will also be a livestream available for those who can’t make it in person or prefer watching from the comfort of their home. Either way, the cast and crew hope people will support the theatre and buy a ticket.

Frankie and Johnny in the Claire De Lune opens Thursday at the Roxy Theatre and runs through Nov. 7.