On Thursday, the last cruise ship of the season docked at Victoria’s Ogden Point, bringing down the curtain on the cruise ship season.

It was the first season in three years and one that threw a lifeline to many tourism business.

Simone Kearney-Rodriguez owns a gift shop at Ogden Point. She says the return of cruise ships was vital to her business, which faced down financial peril during the pandemic.

"Oh, it’s meant everything," she said Thursday. "We were devastated when the cruise ships stopped coming in."

"This is a family business – we’ve been here 38 years – so basically when the ships stopped, our business came to a grinding halt as well," said Kearney-Rodriguez.

A total of 329 cruise ships visited B.C.'s capital this year, carrying 715,000 passengers from April through Thursday. This was the latest the season has ever run, and this year marked a record number of ships. 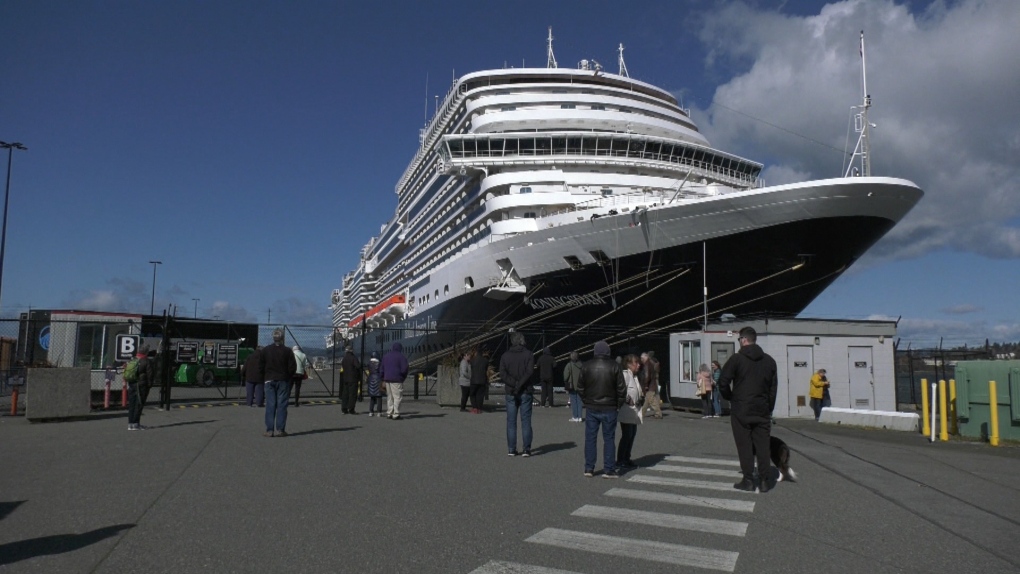 According to the Greater Victoria Harbour Authority, the cruise ship industry generates approximately $143 million annually for the local economy.

Samantha Wilson Newton is with the Wilson Group – the company that operates buses that take cruise ship passengers from Ogden Point to Butchart Gardens. She says the return of the ships has been a big deal.

"For our sightseeing division it was crucial to have the cruise ships come back to Victoria," she said Thursday.

However, not everyone has been thrilled about the way the cruise ship season unfolded.

Businesses on lower Government Street, close to the city’s Inner Harbour, say the impact of the city redirecting cruise ship buses away from there to create a pedestrian friendly zone has led to significantly less foot traffic for them.

Alexia Sarlac’s business, the Victoria Ice Cream and Fudge Factory, suffered declines in revenue of about 40 per cent this past year as a result.

"Government Street is the oldest street in Victoria. It was the welcoming from James Bay — which should have brought the cruise ship people up here," she said ruefully on Thursday.

Another challenge for the tourism industry this past cruise ship season was the reality that many ships were only partially full due to COVID and travel concerns, especially at the beginning of the season. Quite a few cruise ships also arrived late in the day — leaving tourists little time to see the sights or spend their money in the capital.

"At the beginning of the year we were seeing some cancelled calls and ships coming in late, and that was primarily due to just the industry starting back up again," said Ian Robertson, the head of the Greater Victoria Harbour Authority.

The next cruise ship will arrive in Victoria next March, with many hoping the momentum from this season continues.