Victoria Royals to wear memorial jerseys based on WWII-era design

Victoria Royals to wear memorial jerseys based on WWII-era design 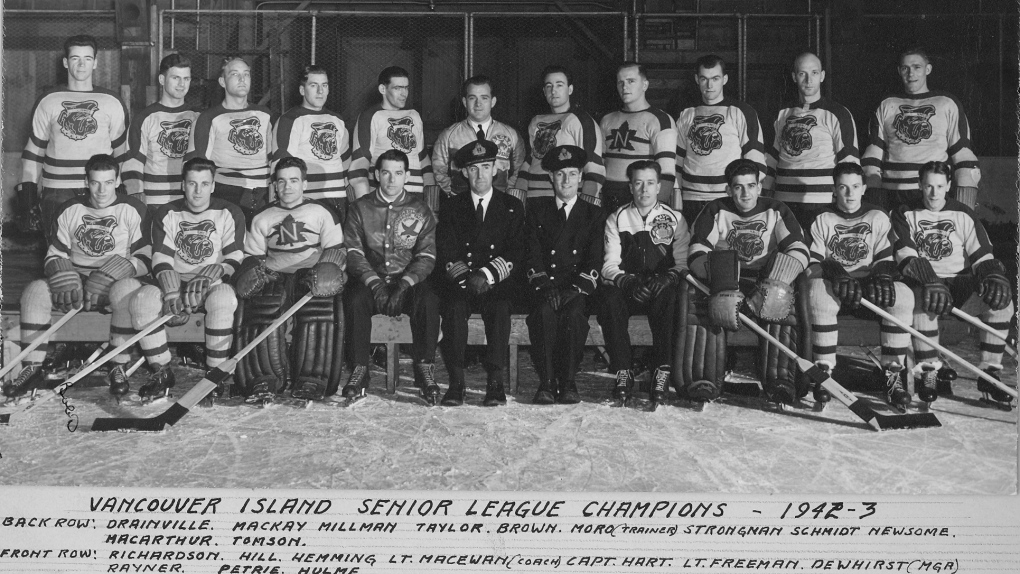 The Victoria Royals junior hockey team will be celebrating Canadian Armed Forces members during a game against the Prince George Cougars on Saturday by wearing jerseys that are modelled after a Second World War-era hockey team that played on Vancouver Island.

The team will be wearing special replica jerseys that feature a bulldog wearing a sailor's hat with the letters 'HMCS' on it.

They're modelled after the jerseys worn by CFB Esquimalt's navy hockey team in 1942-1943.

The bulldogs on the jersey are meant to represent "sea dogs," and after they're worn at the game on Saturday they will be auctioned off for local charities, including the CFB Esquimalt Military Family Resource Centre. 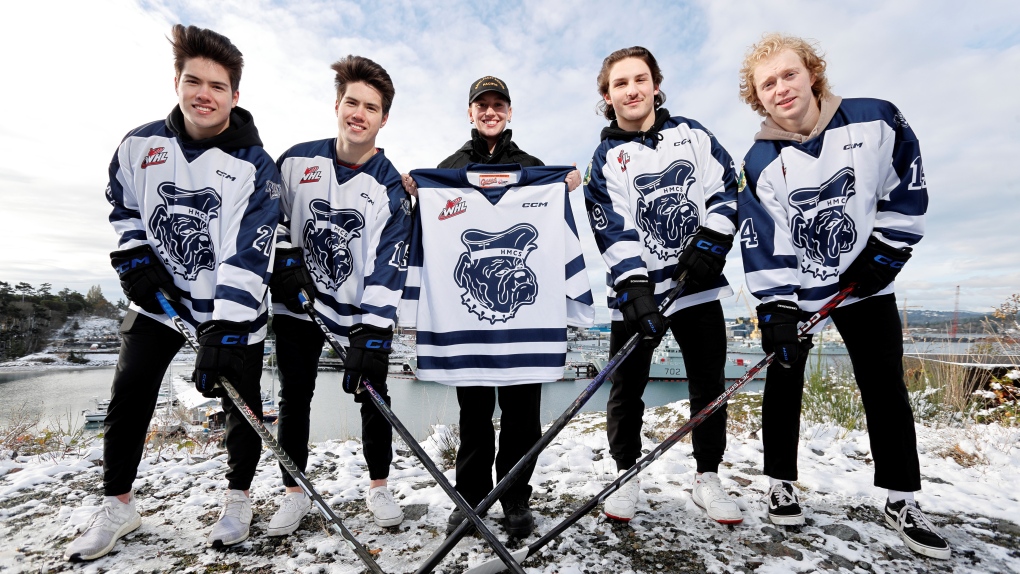 The original 1942 team participated in the "Island Senior League," which was created during wartime because many hockey players across the country were scattered across Canada and beyond to serve in the Second World War.

The Island Senior League was then formed and consisted of five teams – the Nanaimo and the Victoria Machinery Depot teams, and three "service" teams, one each for the army, air force and navy.

"Amidst a time of global fear during the Second World War, NHL and minor league players from across Canada were called to serve their country," said the Royals in a release Tuesday.

"Some of these talented prospects found themselves assigned to Vancouver Island’s airfields, barracks, and naval bases," the release continues. "Despite being away from their families, those stationed at CFB Esquimalt found unity and camaraderie through hockey."

The navy team had a mix of professional and amateur hockey players, including future Hockey Hall of Famer Chuck Rayner and local hockey star Bernie Strongman, who would later join the Greater Victoria Sports Hall of Fame in 2005.

Gordie Strongman is also a Greater Victoria Sports Hall of Famer and was inducted in 1999 as part of the 1970 Victoria Centennials baseball team.

"The Victoria Royals have really gone all out for this event – it’s truly amazing," said Hutchinson in a release Thursday.

"The story of the Esquimalt Navy team is fascinating and the perfect way to celebrate the longstanding ties between the Navy and the Victoria sporting community," he said.