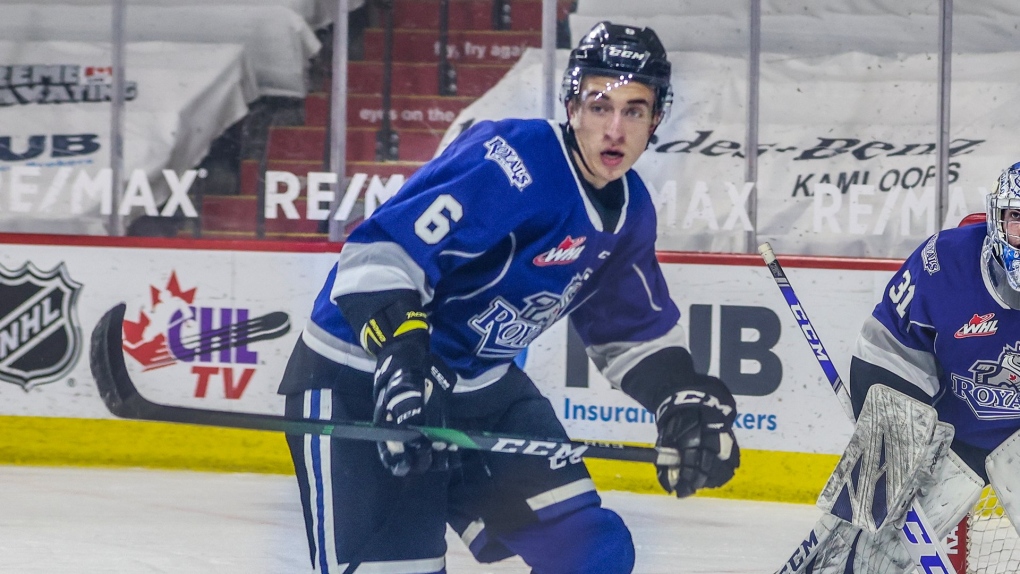 A 17-year-old Victoria Royals player was drafted by the NHL's San Jose Sharks over the weekend.

The defenceman, Gannon Laroque, was drafted in the fourth round by the Sharks on Saturday.

According to the Royals, Laroque logged the most minutes on the ice out of all players during the last season. He also received the Royals Top Defenceman Award for the last two seasons.

"He has incredible work ethic, moves the puck well and is extremely physical. He has a bright future ahead of him," said Price.

The 6'2" tall, 196-pound defenceman says playing in the NHL is something he's long hoped for.

"This is a dream come true for me," said Laroque in a release Saturday.

"I’m excited and grateful to the Sharks organization for selecting me and giving me an opportunity," he said. "I’ve wanted to play in the NHL since I was a first-year novice player and I recognize that being selected by San Jose is just the next step towards my ultimate goal of becoming a full time NHL player."

Hey @SanJoseSharks fans, you're going to love what @LaroqueGannon brings to the table 💥 pic.twitter.com/qGJ5zBbyhk

Laroque is the 11th Victoria Royals player to be drafted over the last nine years, according to the team.

"I’m grateful for the opportunity to develop with the Royals who have allowed me to immerse myself in hockey and become a student of the game," he said.

"I’m looking forward to getting back to Victoria to work with my teammates and am excited to work with the Sharks to get to my goal of playing in the NHL."

Pfizer said Monday its COVID-19 vaccine works for children ages 5 to 11 and that it will seek U.S. authorization for this age group soon -- a key step toward beginning vaccinations for youngsters.

The search was suspended Monday in a Florida nature preserve for a man police say is a person of interest in the death of his girlfriend Gabriel 'Gabby' Petito, whose body authorities believe was discovered at a Wyoming national park the couple visited.

An Ontario woman says Air Canada allowed her 11-year-old son to board an international flight without supervision and fly home alone.

Maj.-Gen. Dany Fortin's legal team says they have given the Crown documents relevant to their client's sexual assault case.

On CTVNews.ca, chief financial commentator Pattie Lovett-Reid shares her take on how investors can best react to a market pullback.