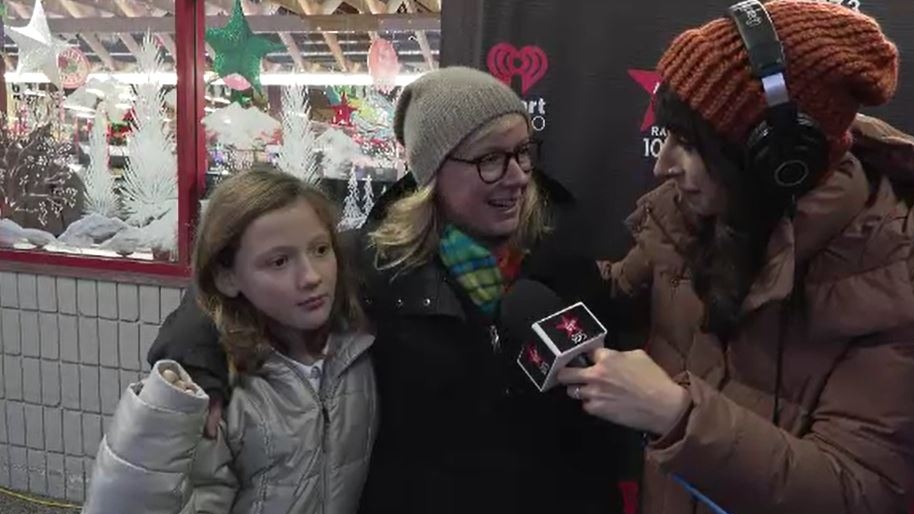 Rhiannon Bray will also receive $2,500 in groceries from the contest’s sponsor Country Grocer.

Her name was drawn from a list of three finalists who had gathered outside the sponsor's Royal Oak location Friday morning.

"We’re feeling so excited and so fortunate to have won this prize," said Bray, a single-mother who collected the prize with her young daughter, Sadie Siegel.

"I can’t believe it." Bray said. "I never enter competitions."

This is the second time the radio station and the grocery chain have teamed up to help a lucky someone cover their rent.

The contest had more than 7,000 entrants and the hosts of Virgin Mornings with Bailey and Johnny said with the rising cost of living, this was a huge prize to give away.

"It feels absolutely incredible," said Bailey Parker. "Feels like I won even though I didn’t get $12,000."

Bray said she plans to spend some money on Christmas presents and maybe a trip to Ontario in 2023.

"This is very meaningful, especially with the current financial climate," she said.

This story has been updated to correct the winner's first name. It is Rhiannon, not Rhianna.

Experts say Canada's plan to increase immigration may ease some pressures in the labour market, but bigger changes are needed to ensure new permanent residents are matched with the jobs that most need filling.

An Alberta First Nation is to sign an agreement today with Ottawa giving it the autonomy to administer its child welfare.

Health Canada is encouraging Canadians to check their cupboards and kitchen tables as the agency has recalled more than 30 types of Indigo-branded items including ceramic mugs, mug ornaments and houseware products due to potential mould contamination.

Authorities in Western Australia on Wednesday recovered a tiny but dangerous radioactive capsule that fell off a truck while being transported along a 1,400-kilometre Outback highway last month in what an official said was like finding the needle in the haystack.

Saying 'yes' too much? This expert says letting people down should happen more often

Many people have a hard time saying 'no,' a psychologist says, but the reluctance to let others down has widespread mental health impacts.

'We're all Tyre': Family prepares to lay Nichols to rest

The family of Tyre Nichols plans to lay him to rest on Wednesday, three weeks after he died following a brutal beating by Memphis police after a traffic stop.

Tom Brady retires, insisting this time it's for good

Tom Brady, who won a record seven Super Bowls for New England and Tampa, has announced his retirement.