VICTORIA -- Victoria police say they are responding to multiple reports of fallen trees across the city, as wind warnings remain in effect across Vancouver Island.

Police say they are directing traffic along the intersection of Cedar Hill and Kings Road and at Craigflower Road and Coventry Avenue in Vic West due to trees falling onto the streets.

Saanich police say that Blenkinsop Road has also been closed between McKenzie Avenue and Cedar Hill Cross Road due to downed power lines in the area. Municipal crews are already onsite making repairs, though no estimate as to when the street will reopen has been announced. 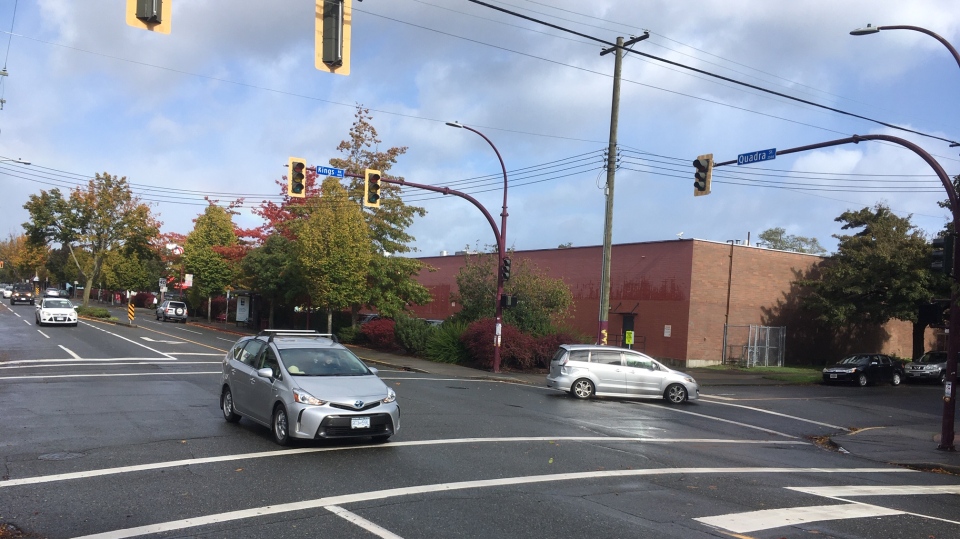 Victoria police say that trees have fallen on at least one house in the city, as well as in the Central Park area.

Police are urging drivers to be cautious in case more trees or other road obstructions blow over Victoria Tuesday.

Earlier Tuesday, a tree fell in the Quadra Village area, knocking out power to a school after it broke through a hydro pole and power line.

As of approximately 11:45 a.m., more than 20,000 people were without power on Vancouver Island and on nearby Gulf Islands.

Environment Canada is warning of strong southwesterly winds Tuesday, with gusts reaching up to 90 km/h. The wind is expected to ease early Tuesday evening as it moves into interior B.C.