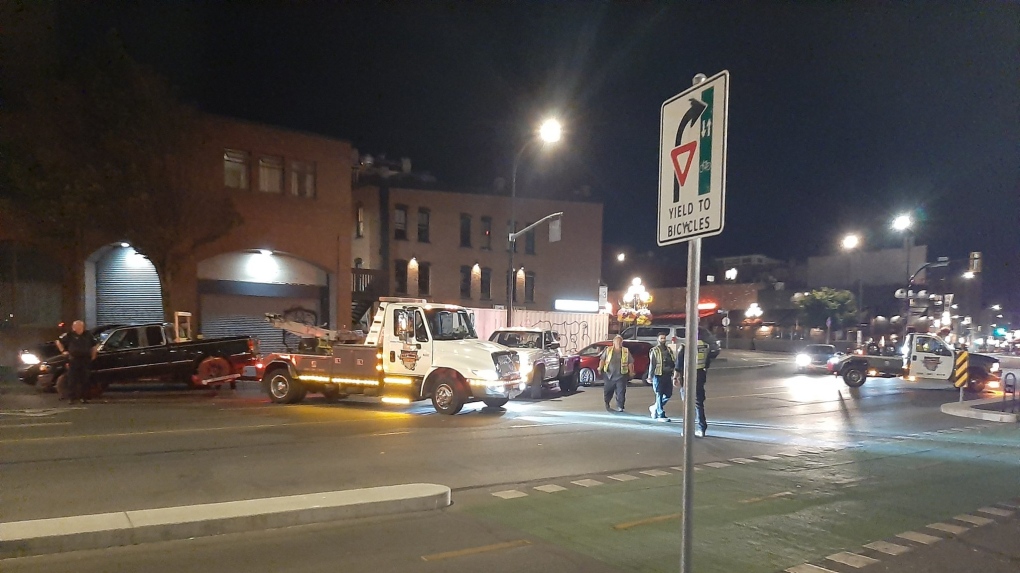 Police in Victoria are reminding motorists about the dangers of drinking and driving after weekend roadblocks caught 24 suspected impaired drivers, police said Tuesday.

Nine suspected impaired drivers were taken off the road over a seven-hour period on Friday and 15 more were sidelined over six hours on Saturday.

Victoria police said in a statement Tuesday that they had to close Saturday’s roadblock an hour early “due to the amount of administrative work required to document that amount of impaired drivers.”

Each suspected impaired driver’s vehicle was temporarily seized and towed away.

Victoria police say 67 people die each year in B.C. due to impaired driving, with nearly half of those crashes occurring during the summer months.

Victoria police say they plan to continue targeting impaired drivers throughout the summer.