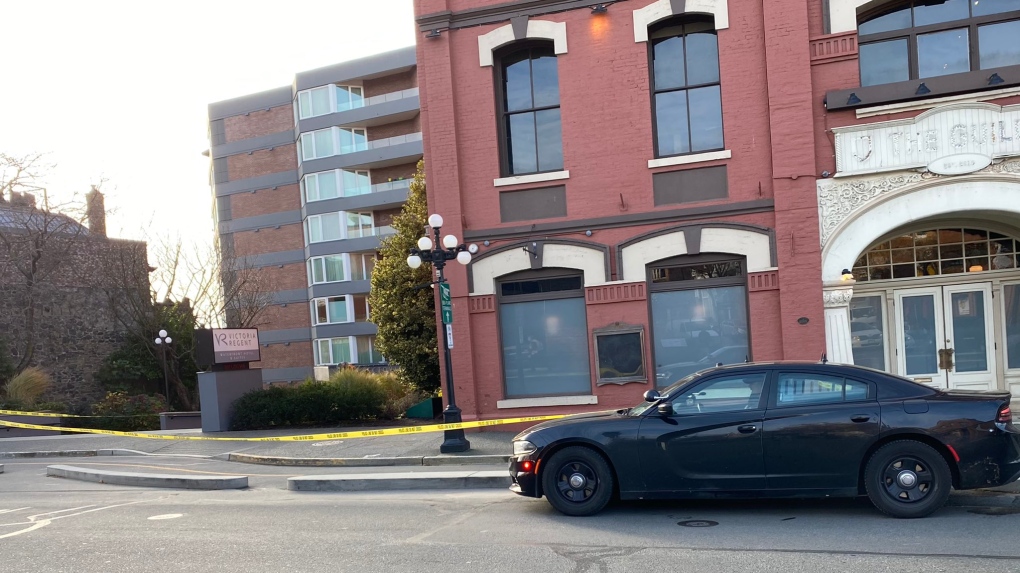 Officers cordoned off the 1200-block of Wharf Street around 2 p.m. to conduct their investigation. (VicPD)
Victoria -

Police are looking for witnesses and information after a woman died in downtown Victoria on Wednesday afternoon.

The woman was found in medical distress in the 1200-block of Wharf Street around 10 a.m. Paramedics treated her at the scene but were unsuccessful in their attempts to save her.

Forensic investigators attended the scene and continue to look for clues about her death.

Police have released no information about the woman's age, appearance, identity or manner of death.

The BC Coroners Service is continuing its own investigation into the death.

Anyone with information about the incident is asked to call Victoria police at 250-995-7654 or contact Greater Victoria Crime Stoppers anonymously at 1-800-222-8477.