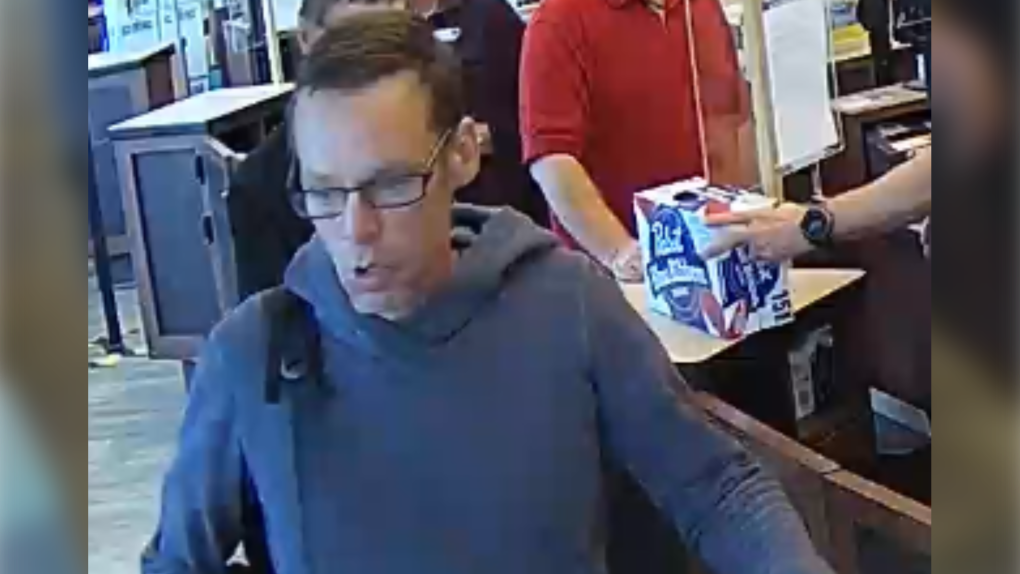 Police are now looking for a white man, approximately 38 years old, who stands 5' 10" tall with a slim build. (VicPD)

Victoria police say they are working to identify and locate a man who allegedly stole from a BC Liquor store and assaulted an employee.

Store staff told police the man entered the store in the 1900-block of Foul Bay Road at approximately 5:30 p.m. on Sept. 27 and put merchandise in his bag before carrying more merchandise up to the till.

Police say the man left the second piece of merchandise at the counter and attempted to leave the store with the item in his bag.

When a staff member confronted him about the merchandise in his bag, the man "suddenly assaulted the staff member and fled the store," police said in a news release Wednesday.

Investigators say the employee was not physically injured in the altercation.

Police are now looking for a white man, approximately 38 years old, who stands 5' 10" tall with a slim build. (VicPD)

Police are now looking for a white man, approximately 38 years old, who stands 5' 10" tall with a slim build.

The man has short brown hair parted to one side and was clean-shaven at the time of the incident.

Feds 'not going to waste a lot of time' on Alberta sovereignty bill debate: LeBlanc

Intergovernmental Affairs Minister Dominic LeBlanc says the federal government can't say whether or at what point it may intervene to quash Alberta Premier Danielle Smith's sovereignty act, but that it's not the focus at the moment.