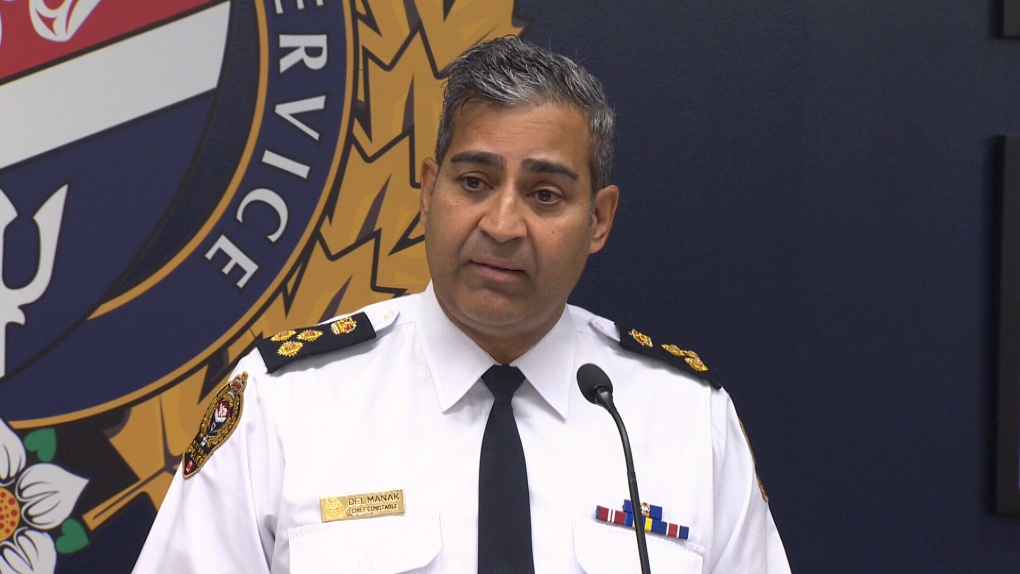 The Victoria Police Department says it's hoping to improve supports for its officers by adding an in-house psychologist and occupational health nurse to its team.

Police Chief Del Manak says officers are increasingly exposed to traumatic incidents and that the job has grown "more challenging" over the years.

"There's no doubt about it, the stress and the trauma that officers are experiencing out on the road is quite significant, and it's not going away," he told CTV News on Monday.

"It can be extremely draining and extremely exhausting to be helping people day in and day out and being exposed to the levels of trauma that our officers and staff are exposed to," he said.

The police department is now looking to hire an in-house psychologist, who would connect officers with relevant supports and accompany police in the field.

By joining officers on calls, the psychologist can see what frontline policing entails and recommend services and supports that would best suit officers' needs, according to Manak.

The police department also hopes that having an in-house psychologist will allow staff to develop a more trusting relationship with them, and know that help is readily available.

"[The psychologist] allows us to normalize the conversation to say it's OK to seek professional help," he said.

Meanwhile, adding an occupational health nurse to the police department will allow off duty officers to better understand what resources are available to them if they are removing from work stress exposures, like PTSD.

"It's really important that we invest in our people and [that they] are healthy – healthy to go to their families, healthy so they can maintain positive outlooks when they come to work," said Manak.

The new positions are estimated to be up and running in early 2023.