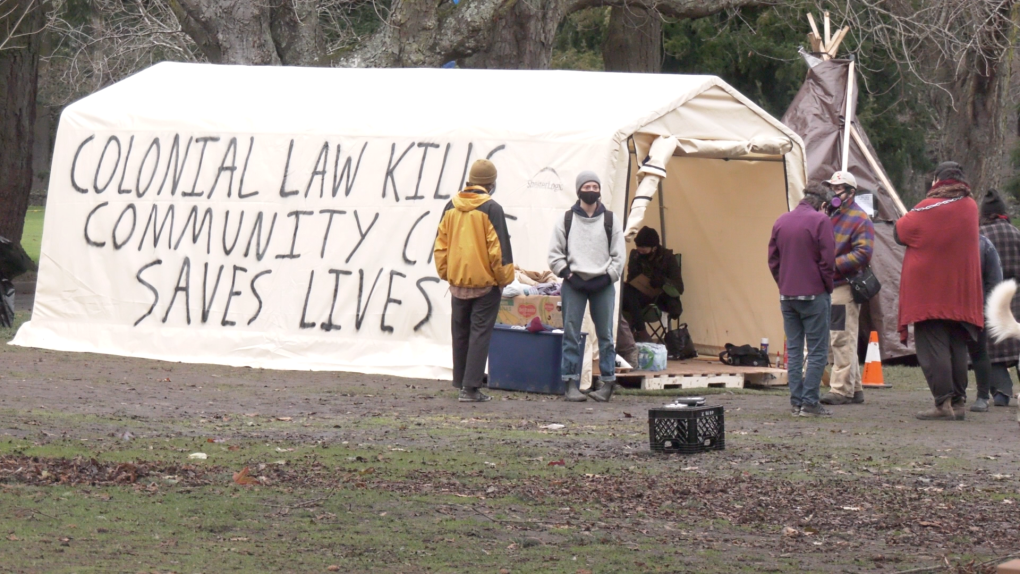 The Community Cares Tent, which gives residents of a longstanding tent city a place to congregate and get warm, is located just across the road from the Beacon Hill Children’s Farm. (CTV News)

VICTORIA -- The City of Victoria says homeless advocates and campers were mistaken in thinking that bylaw and police would dismantle a tent structure in Beacon Hill Park Thursday.

This morning a small group of protesters chained themselves to the Community Cares Tent across from the Beacon Hill Children’s Farm.

The large tent, which offers campers a place to congregate and the public a place to drop off donations, is illegal under the city’s modified overnight camping bylaw. 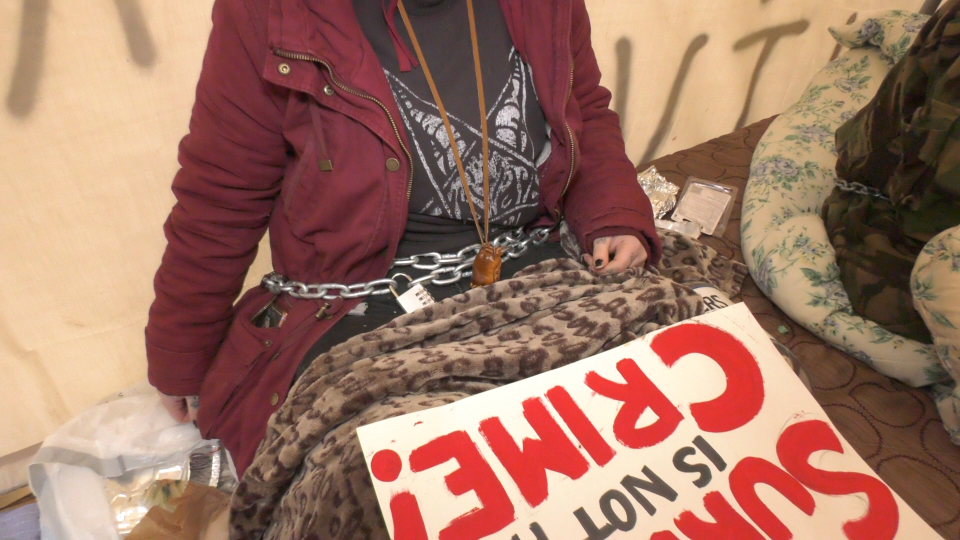 According to the bylaw. the structure is too large to be placed in a city park. It also contradicts rules in the Beacon Hill Park Trust, according to Victoria Mayor Lisa Helps.

Campers told CTV Vancouver Island that bylaw officers had instructed them that they would return Thursday afternoon with police to dismantle the structure.

The City of Victoria says that is untrue.

A city representative says bylaw officers were actually told that campers would take down the tent on their own.

Police say they were never made aware of any action at the Community Cares Tent.

In November, bylaw officers did remove several unauthorized structures from the park, including a shower facility.

Victoria council and the Red Cedar Café have been working diligently to open a support centre for Beacon Hill campers.

According to Victoria Mayor Lisa Helps the non-profit Red Cedar Café is expected to open a support tent just outside of the park in the Cook Street area.

It will offer campers a warm place to get supplies.

Helps say it should be open imminently.