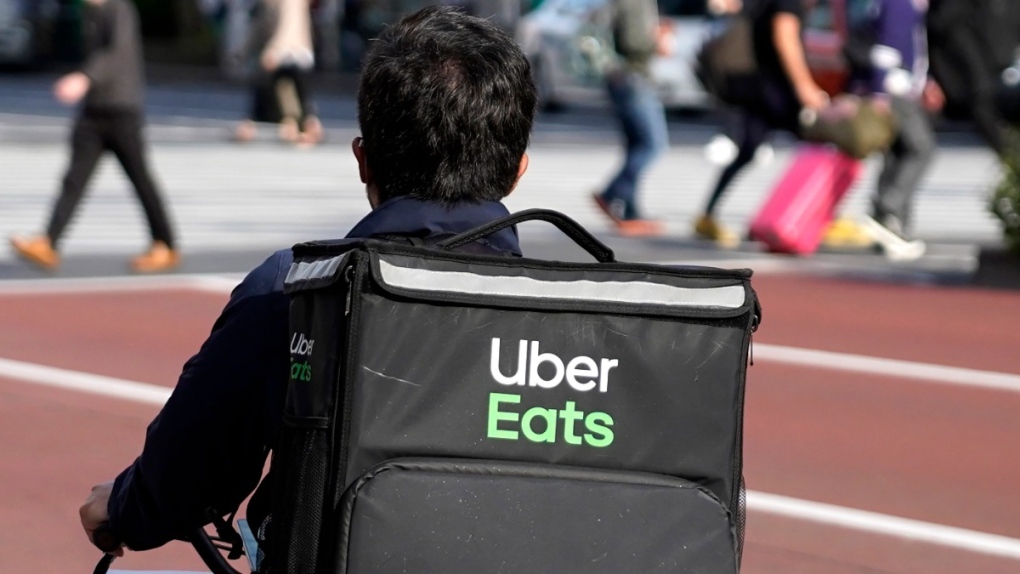 An Uber Eats delivery person rides a bicycle through the Shinjuku district in Tokyo, Japan, on April 28, 2021. (Shuji Kajiyama / AP)

Victoria residents are the most generous tippers in Canada, according to Uber Eats' year-end "cravings" report.

Nanaimo, B.C., was also named the seventh most generous city in the country, the only other B.C. community to make the top 10 list of tipping cities this year. 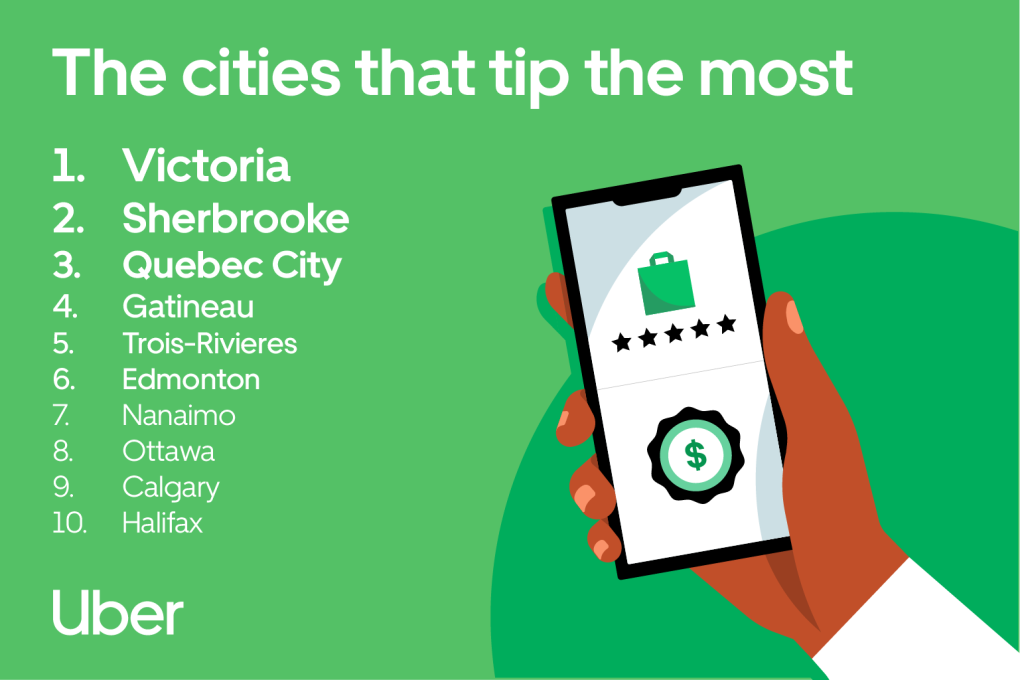 Meanwhile, Victoria was ranked the fifth "most polite" city in Canada, according to Uber Eats.

The ranking is based on how often recipients say "please and thank you" during deliveries, according to the food delivery company.

The top three most popular types of cuisine for delivery this year were Japanese, Indian and Chinese, in first, second and third place, respectively.

The most expensive order of the year goes to a Toronto resident who placed a $1,048.01 order from a burger restaurant, according to Uber Eats.

The second most expensive order was recorded in Vancouver, where someone spent $1,039.01 on a delivery from a Japanese restaurant.

The full 2022 cravings report can be found on the Uber Canada website.