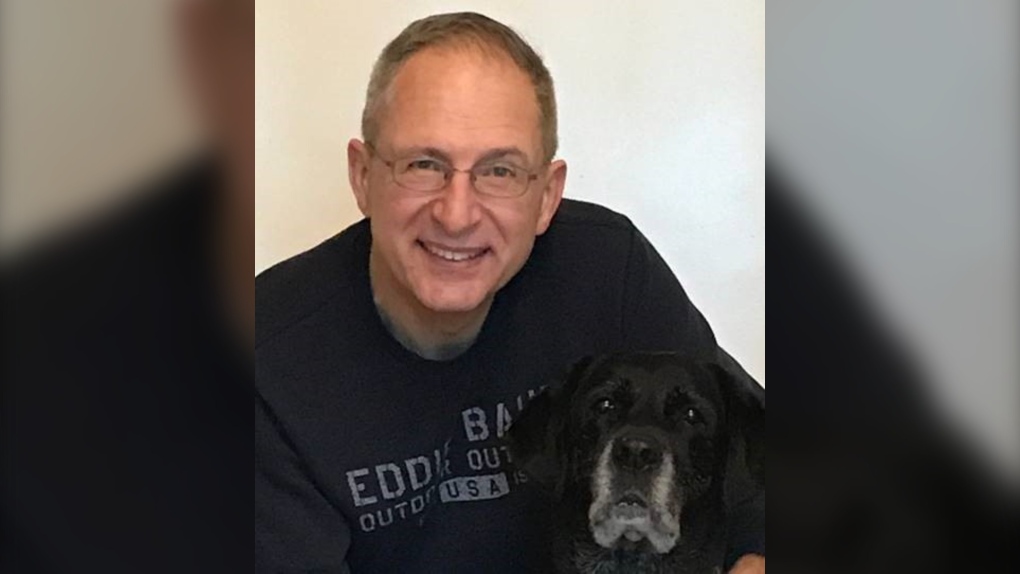 Ian Indridson was reported missing after he was last seen on the morning of Jan. 10. (Gloria Mendez / Facebook)

It's been nine days since Ian Indridson, 54, walked out the door of his home in Victoria and didn't return.

His wife of 10 years, Gloria Mendez, is sick with worry, wondering what could’ve happened to him.

Before waking up around 8 a.m., she heard him playing with their dog, Willow. When she got out of bed, the dog had been fed and there was a fresh pot of coffee in the kitchen, but Indridson was gone.

“We just need him and want him home desperately,” Mendez told CTV News on Wednesday.

“We know that he would never, ever in a million years put us through this if he could help it.”

Mendez described her husband as a loving, funny and smart man, who loves his job as a public affairs officer with the province. He was struggling because he strives for perfection at work, she said.

“I know he may be feeling like he’s failed to meet those super high standards. He has not failed — not even a little,” she said. “I want him to know that it’s okay not to be a model person all the time.”

Indridson has also been experiencing sleep deprivation, she said, so he wasn’t himself when he left home.

“This is so completely out of character,” she said. “This is like the strangest thing that he could’ve done, so we know that he was not in his right mind.”

The Victoria Police Department’s search is ongoing. Detectives and search and rescue teams have combed through shoreline areas, as Indridson likes spending time by the ocean.

Colleagues, neighbours and Indridson’s family from the mainland are also helping with the search.

“There are a lot of people in our community that care a great deal about Ian,” said VicPD Const. Cam MacIntyre. “We’re hoping that more tips … can come in and we can get that little piece of information that can help us bring Ian home.”

The family is asking people with security cameras in Fairfield, particularly along Hollywood Crescent, to let police know.

“He’s very loved in many communities and we just want him back,” Mendez said.

Indridson is white, standing 5’ 11” with a slim build and short, greying hair. He may be wearing black sweatpants and rubber boots.

Police are asking anyone who sees him to call 911. People with any information about where he may be can call the VicPD report desk at 250-995-7654, extension 1.

The organization regulating medical care and services in Manitoba is apologizing for racism directed towards Indigenous people when accessing health care in the province.