Two co-workers in Victoria got some cheesy satisfaction after they got pizzas delivered to British Columbia from their hometown of Windsor, Ont.

Both John Palmer and Nigel Couch work at BC Transit in Victoria, but they were both missing a slice of home.

He first pitched the idea to Couch, who was immediately on board.

Many on the West Coast might not know, but Canada's automotive capital is famous for something else.

Palmer called Antonino's Original Pizza in Windsor, 4,000 kilometres away from Victoria, and placed an order for 10 pies.

Some $650 later, those pizzas were on a plane with an overnight UPS courier. They were square-shaped, vacuum packed, and oven-ready. 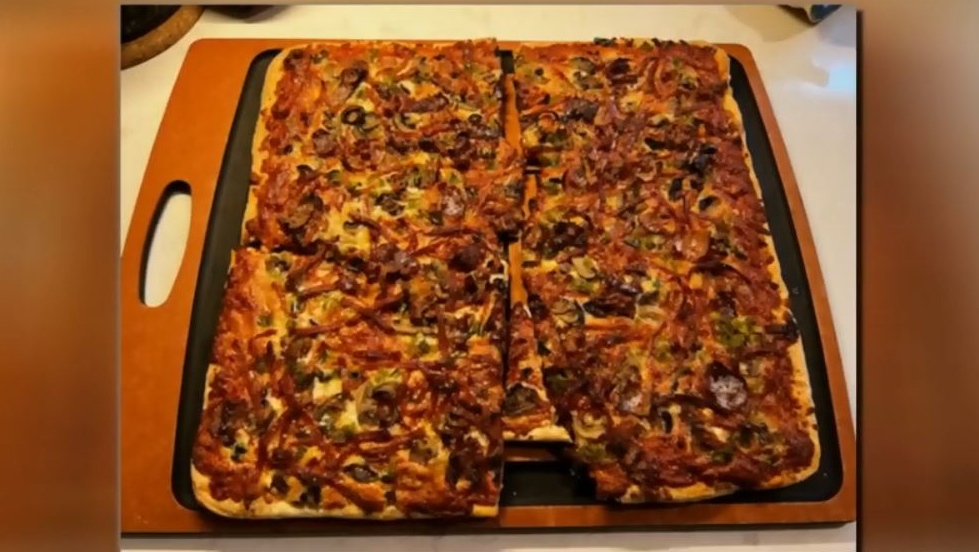 Palmer says the pies were all his own. "The day they arrived I called my dad and my sister-in-law, but not her children," he said.

Couch was a little more giving. "Unlike John, I had to give my kids a slice," he said.

But you don't go to this much trouble just for the taste.

"It brings back memories of me when I was in high school, my carefree teenage days," said Palmer.

Some of those pizzas are still around, hidden away in a deep freezer.

And the funniest part of this story? Antonino's Original Pizza doesn't even deliver.

"For a pizzeria that ships pizzas to B.C., we're takeout only," said owner Joe Ciaravino.