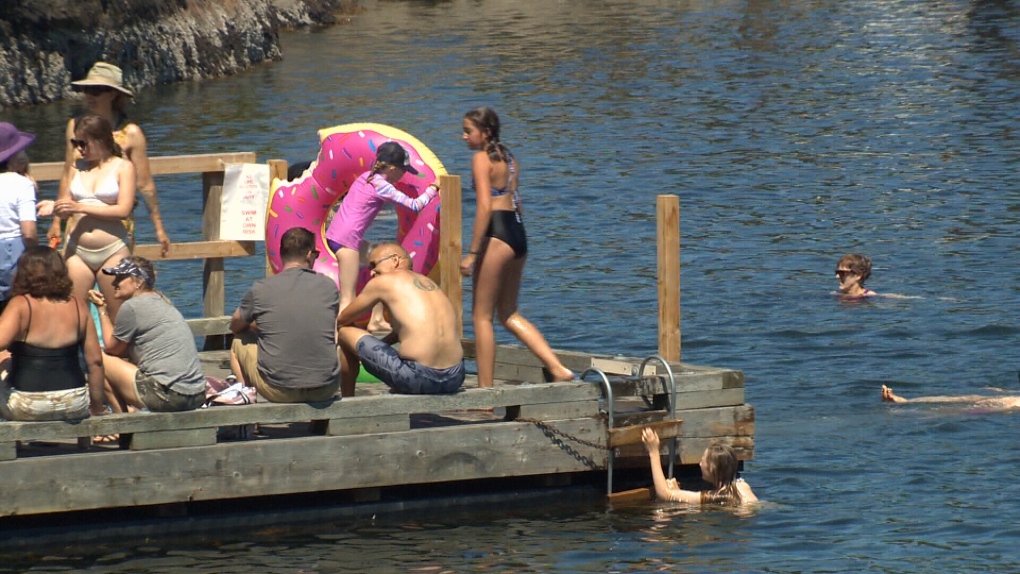 Swimmers and paddlers in Victoria now have expanded access to the Gorge Waterway after the city doubled the size of a public dock and added a new walkway in Banfield Park.

The city says the expansion of the Vic West dock will reduce crowding and allow for safer access to deep water for swimmers and watercraft at low tide.

"Banfield Park has become one of the most popular spots in Victoria to swim and paddle year round," said Victoria Mayor Lisa Helps in a statement announcing the dock expansion Wednesday.

The new dock is made of a composite material and was designed and constructed for a total cost of $150,000, city parks director Thomas Soulliere told CTV News.

Diving from the dock is discouraged due to the presence of underwater hazards like rocks, he added.

The dock expansion was subject to reviews by Fisheries and Oceans Canada and Transport Canada.

Soulliere says the city is also working to address some drainage issues in the park during heavy rainfall.

The city collaborated with the Gorge Swim Fest Society and other groups on the dock design.

Staff say the city is developing plans for other parks on the Gorge Waterway for similar enhancements to recreational features.