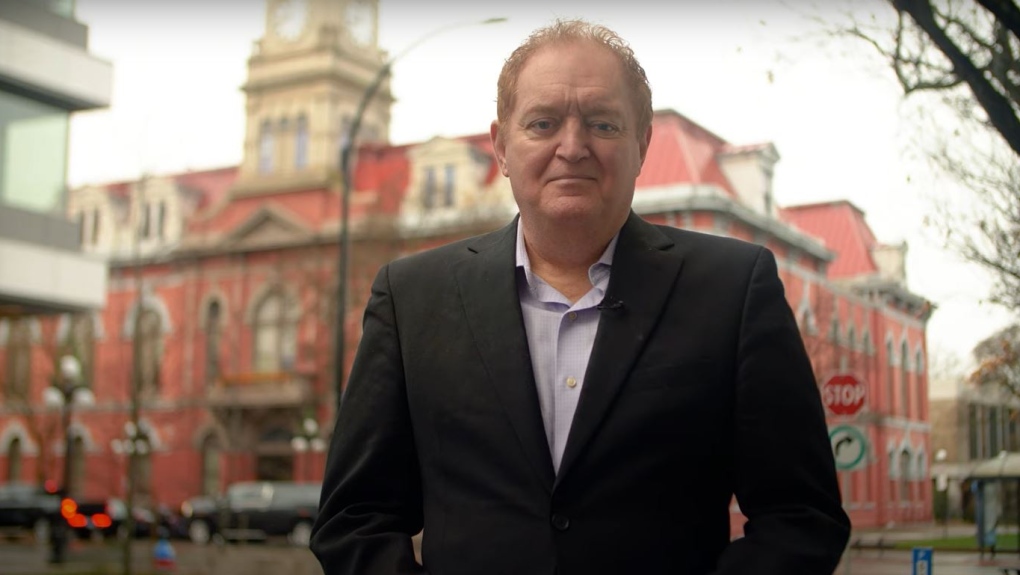 A Victoria city councillor says he will run for mayor in next fall's municipal election.

Coun. Stephen Andrew announced his bid for the top job on council Tuesday, calling it "the most important election in Victoria in years."

In a video posted to his website, Andrew says he was "encouraged to seek the mayor's job" after receiving "broad support in all areas from groups across Victoria."

Andrew won a seat on council in a byelection last year.

The former journalist, who has worked for several media outlets, including CTV News and CFAX radio, was unsuccessful in a 2014 mayoral run in which he garnered less than 10 per cent of the vote.