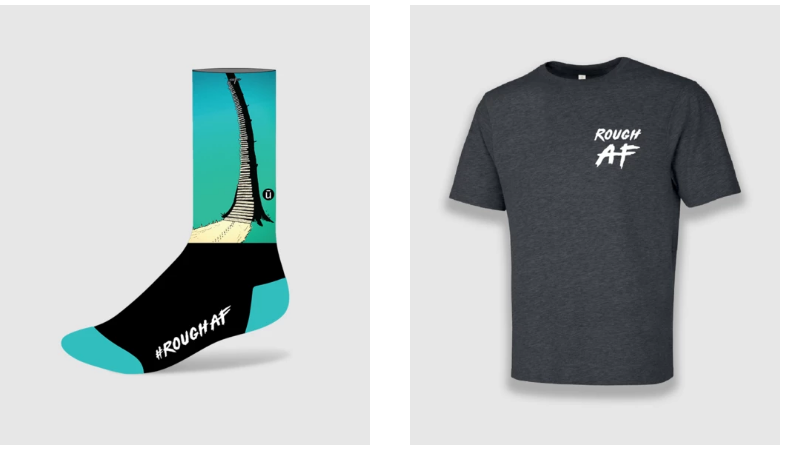 A Victoria base apparel company, with close ties to Jordie Lunn, will memorialize the late extreme athlete on socks, t-shirts and stickers.

Lunn, a celebrated mountain biker from Vancouver Island, tragically passed away on a cycling trip to Mexico earlier this month.

Lunn suffered a serious head injury which ultimately lead to his death. He was just 36-years-old.

A heart-broken friend and fellow mountain bike racer in Victoria immediately knew he had to do something to memorialize the legendary rider.

Rob Fraser, the CEO and founder of Victoria based sock company Endur Apparel, has launched a line of clothing in honour of Lunn.

The Jordie Lunn Memorial Collection is made up of stickers, socks and t-shirts all adorned with Lunn’s professional tagline, Rough AF.

“He was one of our sponsored riders,” Fraser told CTV Vancouver Island. “He was doing so much for the sport for Canada and here locally.”

Lunn, who was known as a rider who pushed the limits and who also gave back to local youth learning to ride mountain bikes. After his death, family members launched the Jordie Lunn Fund which assists youth cycling opportunities, coaching and riding facilities. It also funnels donations towards initiatives relating to brain health and injury prevention.

According to Endur’s founder, 100 per cent of the sales from the Lunn collection will go towards the charity.

The apparel is currently in the pre-order phase online as the company wants to ensure all orders can be fulfilled.

Once pre-order sales have concluded, the Victoria company expects to carry the clothing line in its Uptown Shopping Centre store.

Earlier this week, downtown Victoria's Government Street Tattoo also announced that it would be holding a "flash day" to raise funds for the Jordie Lunn Fund.