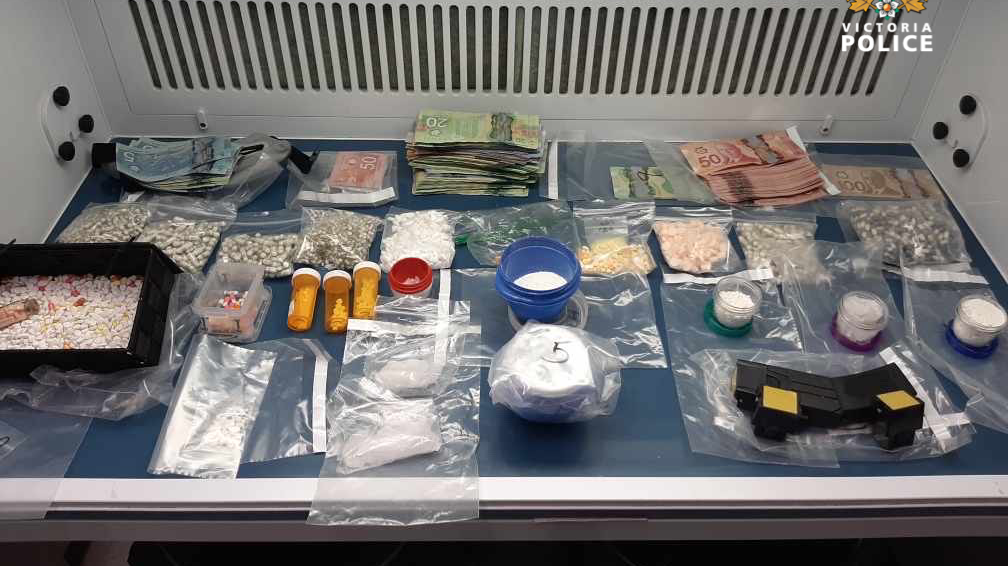 Some of the items seized last week are shown: (Victoria Police)

VICTORIA -- Police say a substantial amount of cash and illicit substances were seized at a temporary housing facility in Victoria.

The items were found on June 16 when Victoria police and the Greater Victoria Emergency Response Team executed a search warrant at a suite in a shelter located in the 3000-block of Blanshard Street.

Inside, police allegedly found approximately $20,000 in cash, "significant quantities" of fentanyl and meth, hundreds of pills that are believed to contain controlled substances, a taser and an e-bike that is believed to be stolen.

Police say a 51-year-old man from Victoria was also arrested at the scene. He now is facing recommended charges related to drug trafficking, according to police.

He has since been released from custody as police continue their investigation.