A Vancouver Island search and rescue team and a major forestry company announced a deal on Sunday that could be the first of many to benefit rescue groups on the island.

Mosaic Forest Management and Arrowsmith Search and Rescue have reached a deal to allow the volunteer group to formally conduct training exercises in forested back areas owned by the company as well as getting better access to data about its properties.

"Search and rescue is such an important part of keeping people safe who are recreating out in the back-country in the forest, and we’re really excited to be able to provide some streamlined opportunities for search and rescue to access our lands," said Pam Jorgenson, land use forester for Mosaic.

The agreement also gives searchers access to Mosaic’s database of ever-changing roads and conditions on their properties, something search manager Nick Rivers says will enable teams to be better prepared when they’re out looking for lost individuals.

"That means all the new logging roads, where they’re logging, what (are) the future plans, what roads are deactivated and gated – it's information we never had before," Rivers said. 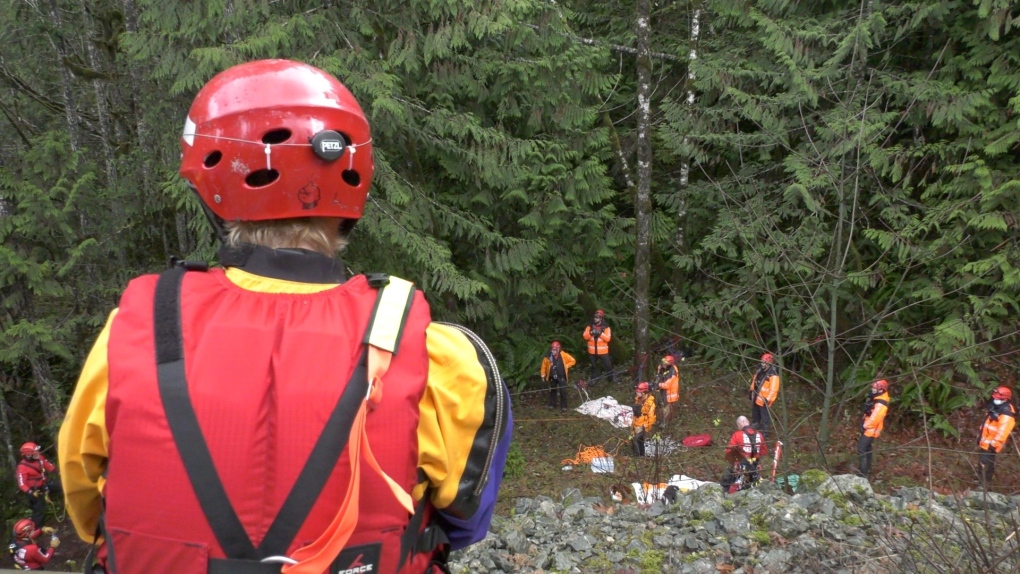 Arrowsmith Search and Rescue teams are pictured in this file photo: (CTV News)

This marks the first agreement the forest company has made with one of the many search groups accessing its lands. It is expected others agreements will be reached in the future.

"We’re actually committed to having similar kinds of agreements with all of the search and rescue groups that are active on our lands so I’ve already initiated outreach to a number of those groups and we’ll be setting up opportunities to talk about similar opportunities in the next couple of months," Jorgenson said.

"They’re interested in being a larger supporter and a larger helping effort in applying resources and management for missing people on their land and/or rescues," said Rivers.

Another part of the agreement should allow for better communications between Mosaic and the public that utilizes their back areas.

"It’s going to allow us to communicate in a smooth and streamlined way," said Jorgenson. "So meeting on a regular basis, talking about outreach to communities and even if there’s an avalanche hazard or a major rainfall issue, potentially we can collaborate on communication and make sure the public hears what they need to hear."