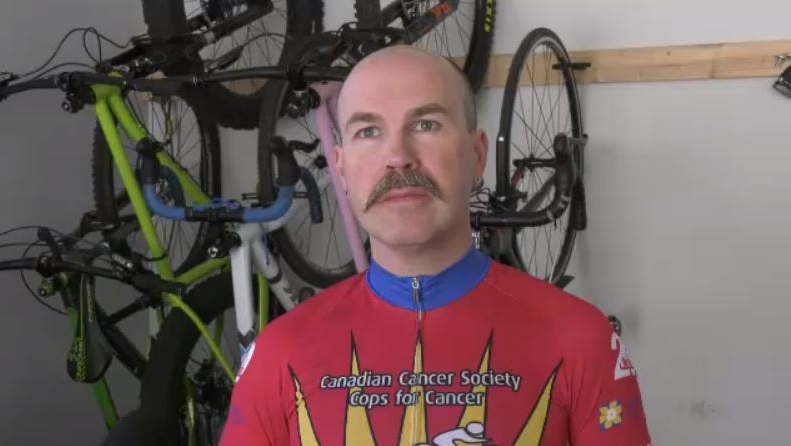 Glen Polson will be cycling up and down Bear Mountain about 34 times to reach his goal: (CTV News)

But that isn't stopping the event from happening.

Alumni riders are once again taking on the challenge, and one of them is upping his training a little early with a fundraiser dubbed "Everesting" Bear Mountain.

BC Ambulance paramedic Glen Polson will be cycling up Bear Mountain about 34 times to reach the accumulative elevation of Mount Everest, at more than 8,000 metres.

In total, Polson will be cycling about 156 kilometres as he goes up and down Bear Mountain to reach his elevation goal. The ride will start on Sunday at 3 a.m. – and could take up to 20 hours to complete.

Polson is hoping to raise one dollar for every metre climbed.

"A cancer journey isn’t easy, therefor my journey to raise money shouldn't be easy," he said.

"I’m fortunate I can go out and ride my bike. There’s lots of families and children that would love to ride their bike on Sunday but can’t, so that’s why I’m doing it, just for them," said Polson. "And hopefully it inspires other people to get out and ride their bike."

Polson says he began his training in December, and is halfway to his fundraising goal.

His online fundraiser can be found here, as well as a chance to win a fundraising prize from the Sooke Bike Club.